PAYDAY 2: Crimewave Edition coming to Xbox One and PlayStation 4!

We’re excited to announce PAYDAY 2: Crimewave Edition for PlayStation 4 and Xbox One, coming out in June 2015!

PAYDAY 2: Crimewave Edition is coming to Xbox One and PlayStation 4 in June!

For us, this is the ultimate heisting experience on the new generation consoles, featuring more than a year of post-release content at release, such as Old Hoxton, Clover, Dragan, the Big Bank Heist, the Diamond Heist and much more. It also features new technical updates like improved framerate, 1080P resolution and improved texture quality.

Q: Will you continue to support PAYDAY 2 on Xbox 360 and PlayStation 3?

A: In connection with this, we have decided to retire the PAYDAY 2 update development on Xbox 360 and PlayStation 3. We wish we could provide more updates. For a long time, we’ve been looking at how we could add more updates from a technical standpoint. Sadly, we now understand that it’s impossible to continue doing so.

We are confident that we have done everything we could cramming as much content we possibly could on both of the platforms. There are several technical reason as to why. For one, please understand that from a technical perspective, some of these consoles are almost a decade old. While trying to understand why we couldn’t develop more content, we learnt that they don’t have the fire power or memory to deal with 50 additional content updates that we have been developing for PAYDAY 2 after its release.

For those of you who play Xbox 360 or PlayStation 3 and have been looking forward to new updates, you’ll be pissed when you hear this. We hate this too, because there’s nothing we can do about it.

A: For those of you who are ready to make the jump to the new generation of consoles, we offer anyone who pre-orders a digital version of PAYDAY 2: Crimewave Edition on Xbox Live or PlayStation Network a 25% discount for the duration of the pre-order period. By pre-ordering the game, you also receive the Hard Time Loot Bag to get you started heisting.

Q: What will it contain?

A: Updates and DLCs worth over $80 in recommended retail value, including the The Big Bank DLC, the first female heister Clover as well as the recently released The Bomb DLCs. In total:

Q: Can we transfer save files?

A: Our ambition is to support both platforms as long as technically possible.

Q: Will it support split-screen co-op?

Q: Will it support cross-platform play?

A: No, you can only play with people who play on the system of your choice.

Q: When is it released?

That’s it guys, thanks for reading. 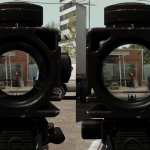