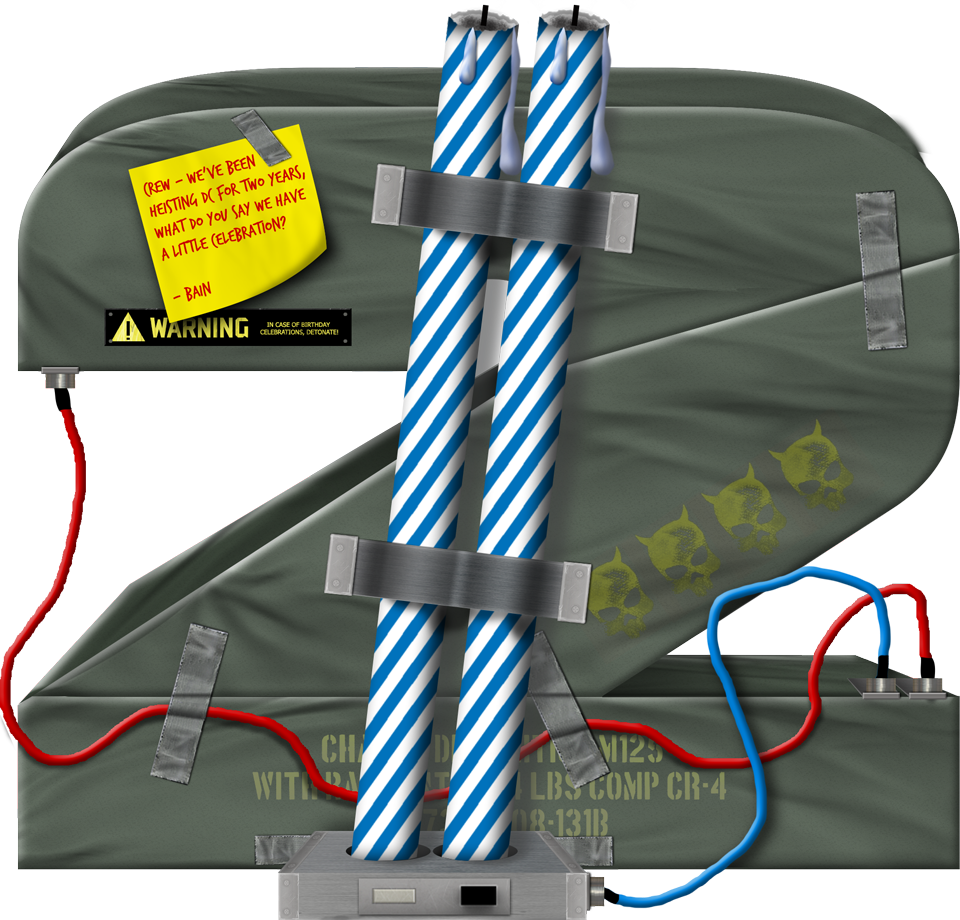 PAYDAY 2 has just turned 2! To celebrate, we give you a free throwing weapon. In the video, we also share some information regarding four much sought after features that are going to be released in the near future.

General
Levels
Golden Grin Casino
Winners to the "Make your own heist contest" have been decided!

Recently we ran a number of contests on the forum and it’s great to see the creativity and talent that a number of our fans show! Last time we asked the community to make real masks, this time we wanted to see what kind of heists the community could draw up!

We’re proud to announce seven lucky winners! These winners have earned exclusive Alienware masks, numerous DLC and GOTY a copy of Payday 2 to share with a friend. We’d like to thank all of those who entered and prizes have been distributed to all entries.

– Ashley and the rest of the volunteer moderator crew