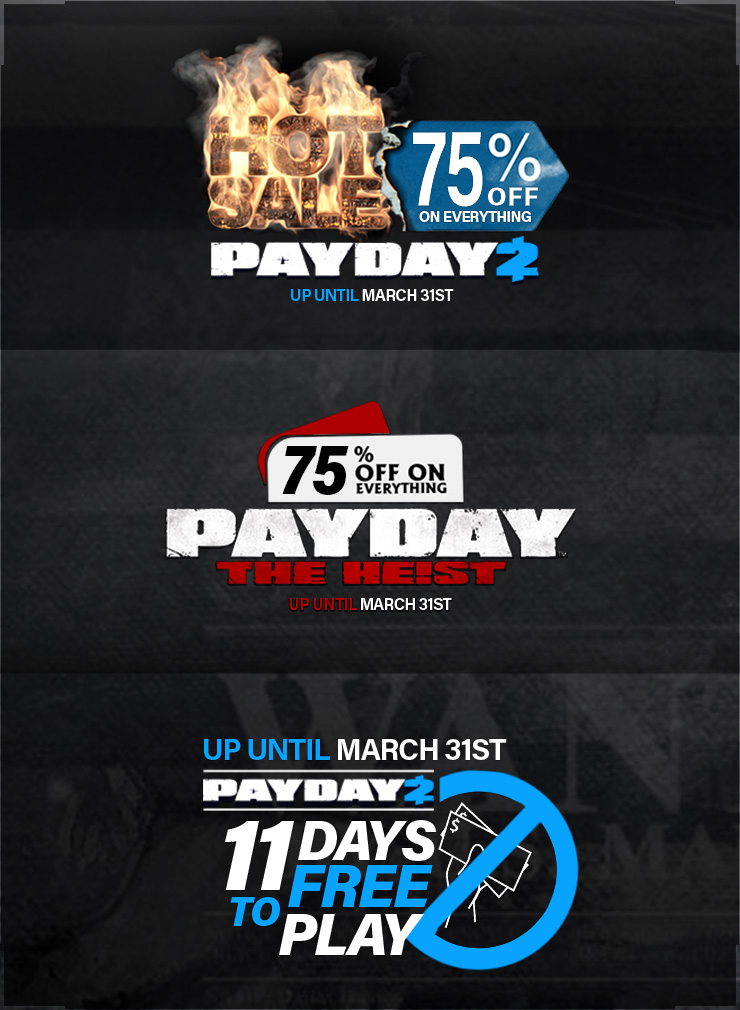 PAYDAY Sale and play for free during March!

Starting today at 11AM PST and up until March 31st, PAYDAY 2 will be free-to-play and have as much as 75% off across the board! Anything on PAYDAY The Heist is also 75% off so now is the time to grab the original if you already haven’t!

PAYDAY 2 is now available on Steam OS! The game is free for all existing PAYDAY 2 owners on the Steam Platform, as well as consumers having previously purchased the Alienware Steam Machine. The Steam OS version of the game will additionally support Steam Cloud, letting users sync their save files between the different operating systems.