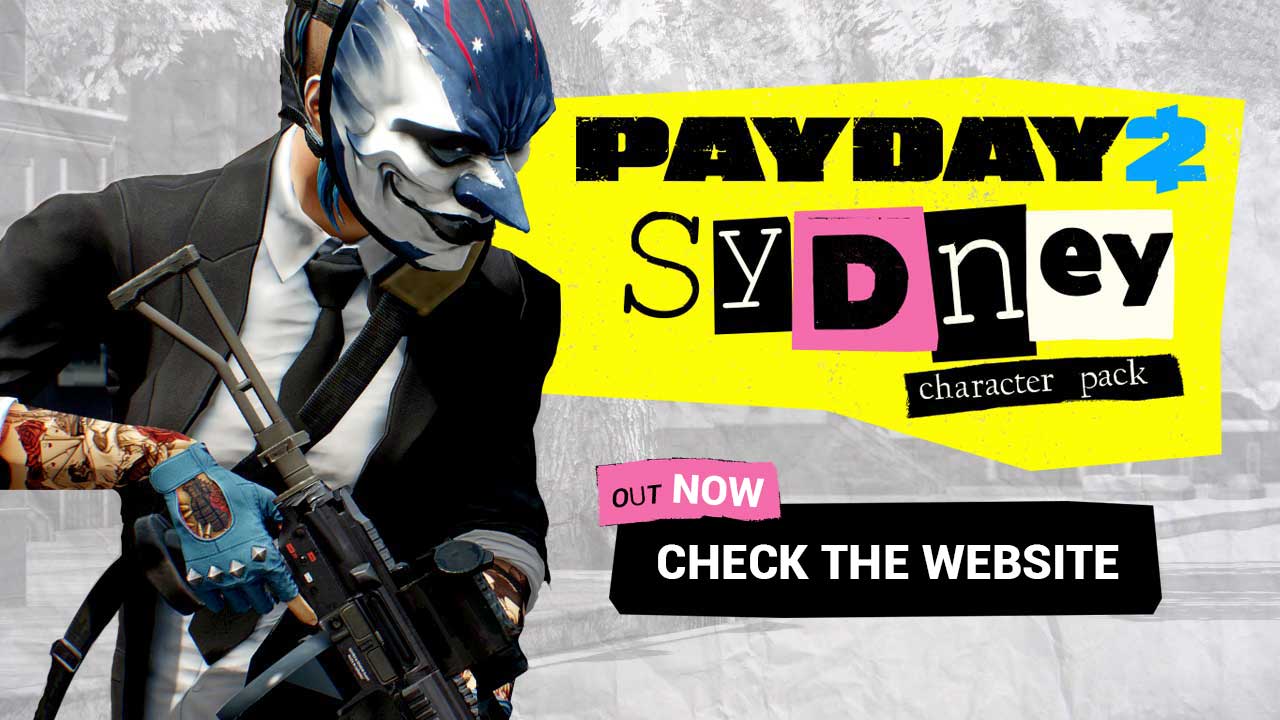 The Sydney Character Pack is out

So it’s time to shake hands with our latest addition to the PAYDAY crew: Sydney.

Born and raised in Australia, she’s not the one to dodge out of a fight – rather the opposite. All grown up on whatever punk rock music she could get her hands on – she became a true anarchist – but far from a pacifist.

We were forced to disable the Linux version of the Skills beta today due to some unforeseen technical difficulties, but we’re doing our best to activate it again as soon as possible! The Windows version of the skills beta is still available.

Please accept our apologies in the meantime. Thank you for your patience.