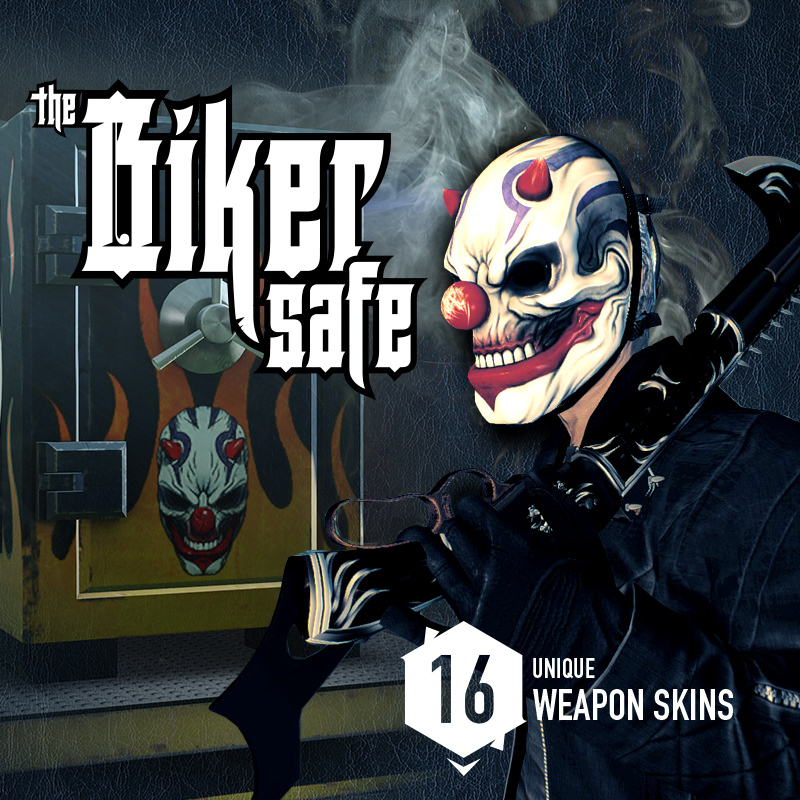 The Biker Safe is here!

Rust joined the PAYDAY crew last week and today the Biker Safe is available in the Card Loot Drop and can be opened for free!

Check it out here: http://www.paydaythegame.com/games/biker/#bikersafe

All safes released from now on can be opened for free, no purchased drills required. Enjoy! 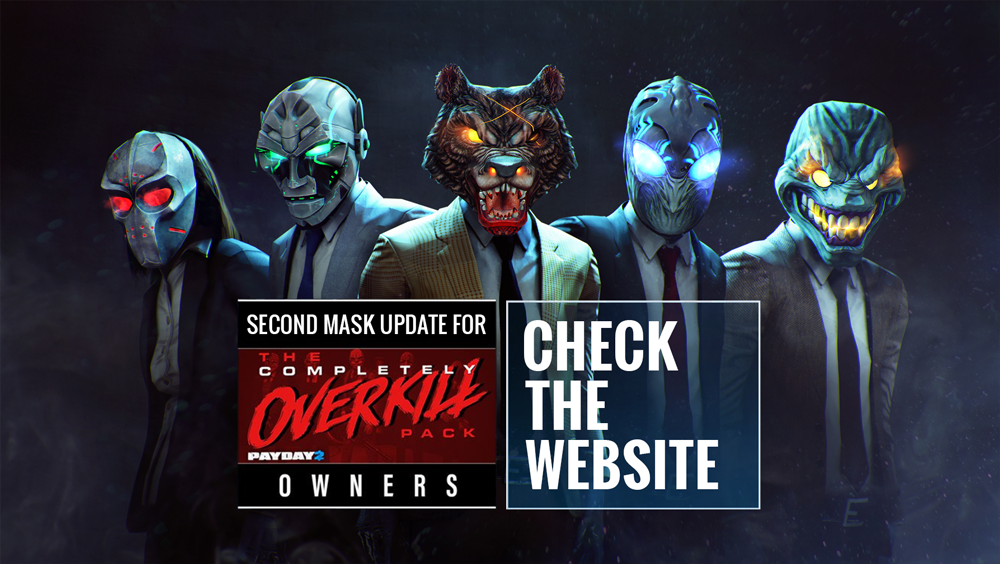 The final batch of Completely OVERKILL Masks have arrived!

Check them out here: http://www.paydaythegame.com/games/overkillmasks/

Free to Play and Summer Sale is active!

From now till the fourth of July, PAYDAY 2 and all previous DLC are 75% off!*

PAYDAY 2 is also Free to Play for the duration of the sale. If you have any friends who don’t own the game, tell them they can try it out for free and see if they like it.

Back to Basics Loud

*The base game, GOTY, Weapon- and Heist Bundle and all 33 DLC are 75% off except The Biker Heist, Biker Character Pack, The OVERKILL B-Sides Soundtrack and A Merry Payday Christmas Soundtrack. The reason the first two are not on sale is because we just released them and it would be unfair for players who supported us by purchasing it on day one to reduce their price point so close to launch. The last two are not on sale because they cost less than a dollar each to start with. Steam has a cap on how cheap something can be, and we decided that the original price was sufficiently rebated as-is. Thank you for your understanding and sorry for any grievances our wording might have caused you.