PAYDAY 2: Update 107 and the First Community Safe is live! 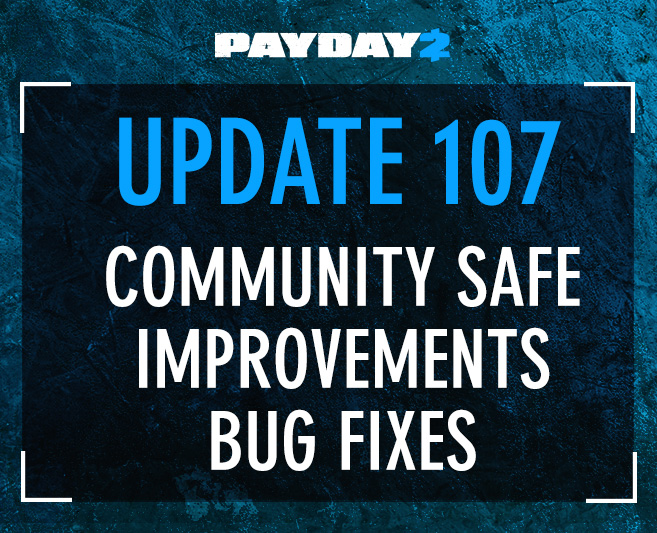 What’s in this update?

A BIG thank you to all contributors to our Steam Workshop, so many great skins to choose from! But also, CONGRATULATIONS to everyone who got a skin into our first Community Safe! They look fantastic!

Also, if you’ve been waiting for a sale, wait no more! From now till September 4th PAYDAY 2, PAYDAY: The Heist and all DLCs are 75% off! PAYDAY 2 is also free to play for the duration of the sale! Have any friends who don’t own the game? Tell them they can try it for free!