The sixth day of Hoxton’s Housewarming Party is here. We’re really happy with the content we’ve released so far and we hope you are too! It will be really interesting how you guys are going to handle this next challenge we have in store for you.

It’s time for the law enforcers to get some back up so here comes the new Medic! The Medic saves enemies that would otherwise die whenever they are in close proximity. So the priority target has changed, keep an eye out!

OVERKILL_Jules and OVERKILL_Tobias are trying out the Medic with the community guys on our developer stream at 7:30 PM GMT +1.

Four more days to go until the 16th of October and each day we will release more free content. So stay tuned!

And don’t forget, PAYDAY 2 and PAYDAY: The Heist plus DLCs are on a 75% off sale right now. PAYDAY 2 is also free to play for the duration of the event!

Check out the sale here! 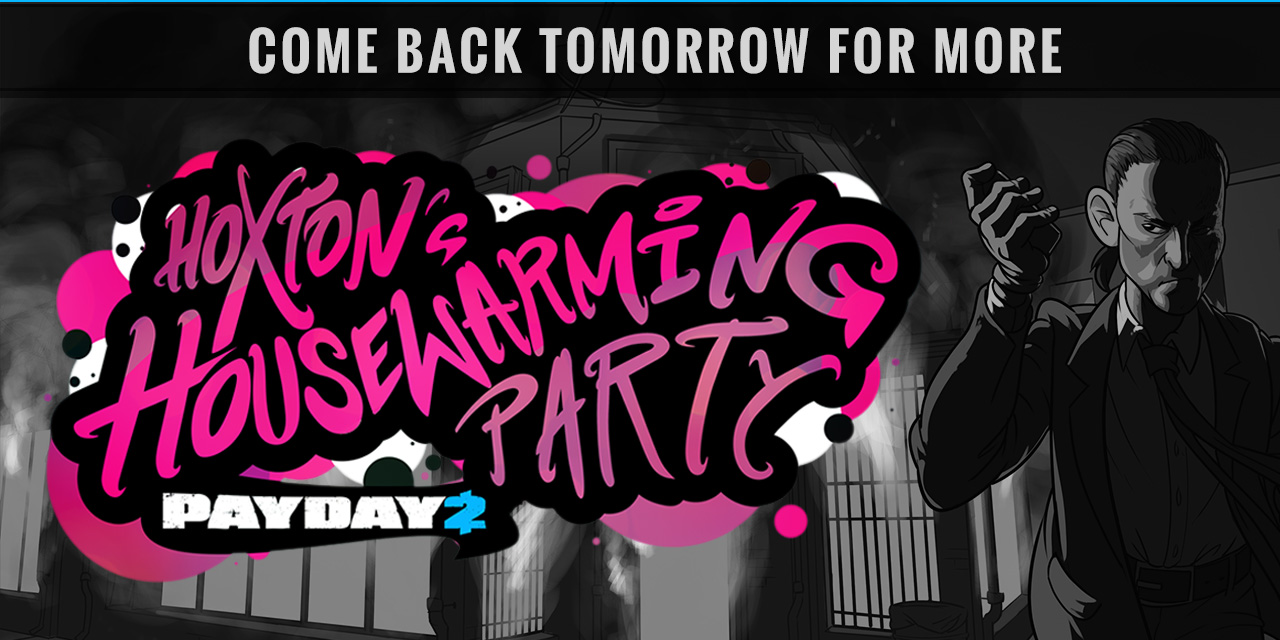