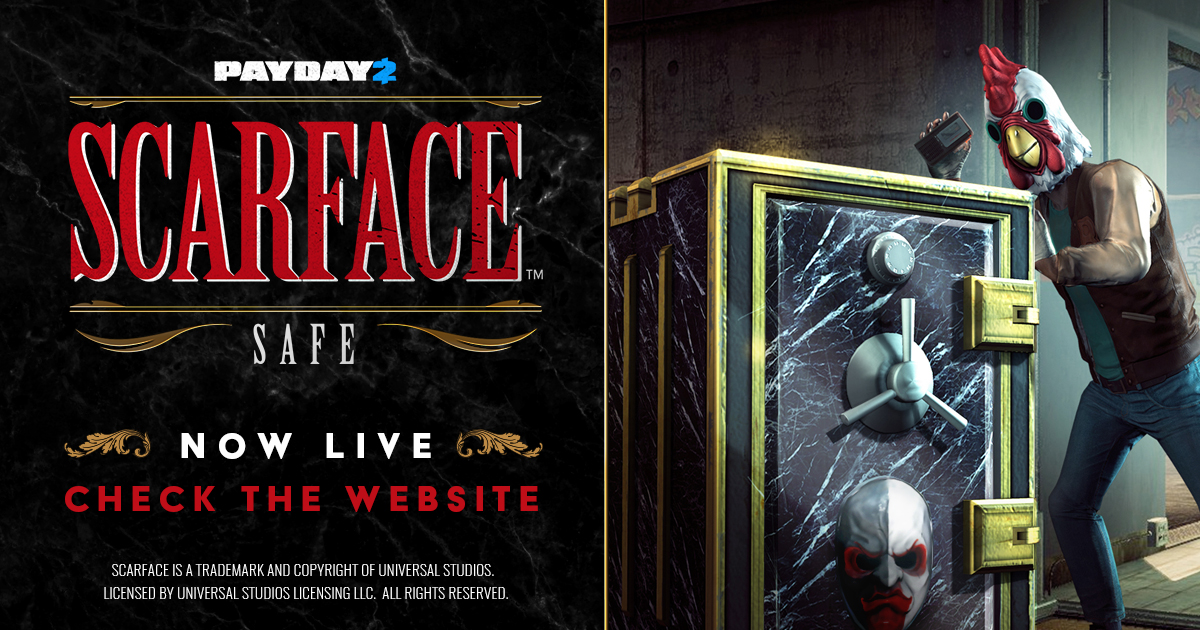 The end of 2016 is here and what a year it has been! We’ve released tons of content for PAYDAY 2 both free and DLC. The Hardcore Packs, the Skins Workshop, Biker Packs and Scarface Packs to name a few.

Watch a Almir WITHOUT A BEARD summarize the year: https://youtu.be/wTUOzID6m2A

It’s been great to check out your thoughts and feedback on our work and we appreciate your support as we continue to work on this great game! 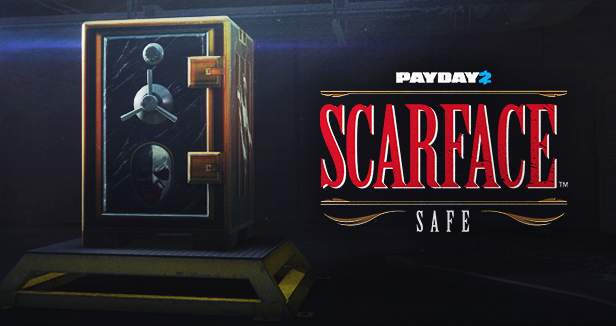 Jacket found a safe in Miami and brought it back to base. Apparently it had some snow on it but Jimmy scraped it all up, mumbling something about “the good stuff”. Anyhow, it’s the Scarface Safe, filled with gold and marble!

Check out the skins here![www.paydaythegame.com]

Once again Steam gives us all the hardest choice we’ll face all year. What to buy on the Steam Winter Sale? PAYDAY 2 and select DLCs are off by 75% so if you’ve been holding out to steal the deal, now’s your chance!

Over here at OVERKILL we’re wrapping up and slowing down as we prepare to go on holiday. We’re leaving the office for the last time of 2016 with happiness and pride to be working on a game with such a dedicated community as you.

We wish you the very best of holidays! See you again in 2017!