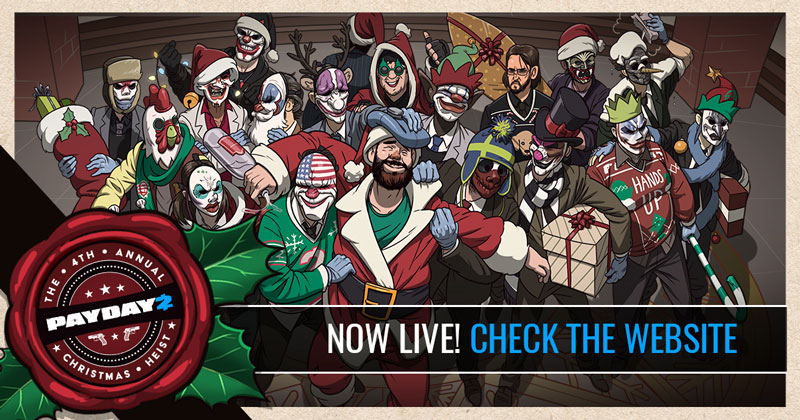 Everybody knows that the best PAYDAY of the year is Xmas, and for everybody who dodges the rules and the law; Xmas comes early.

Vlad gave his brother-in-law a second chance and had him transport some coke from one place to another. But the cops caught wind of the drunk bastard so he had to run and hide. In a moment of drunken madness he stashed it in boxes in a warehouse and then dressed himself up as Santa. The mall cops found him passed out under the Xmas tree.

Get in, save the drunk Santa, get Vlad’s coke, and steal Xmas.

We at OVERKILL wishes you all a happy holiday!