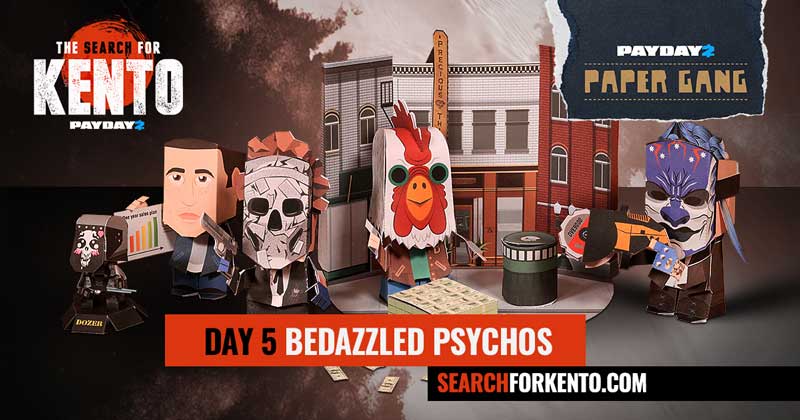 We just received a call. It seems like Jacket, Sydney and Jimmy are having trouble at the Jewelry Store. That crazy bunch tried to pull a heist just armed with Deagles and totally forgot to bring something to open the deposit boxes. Amateurs! Pack the OVE9000, it’s time to make some money! Btw. someone told us there is a crazy guy in the area called "Bobblehead Bob" that tries to sell Bobblehead Dozers. You should check that out if you see him.

Besides that we hope you already had a blast ranking up in the Crime Spree and claiming rewards.Today we will patch some of the issues that arose with the release of Crime Spree. We also took a closer look into the Armor Skins and Safe and hope you can enjoy them now to the fullest.

Crimespree Controller Support Unfortunately we still haven’t been able to resolve controller support for the Crime Spree. We are working on it and will keep you posted!

Crime Spree UX We heard your feedback and that you think it’s confusing. We are working on it and will try our best to make it more intuitive!

In the meantime check our Crime Spree FAQ and the latest Crime Spree Stream[www.twitch.tv].