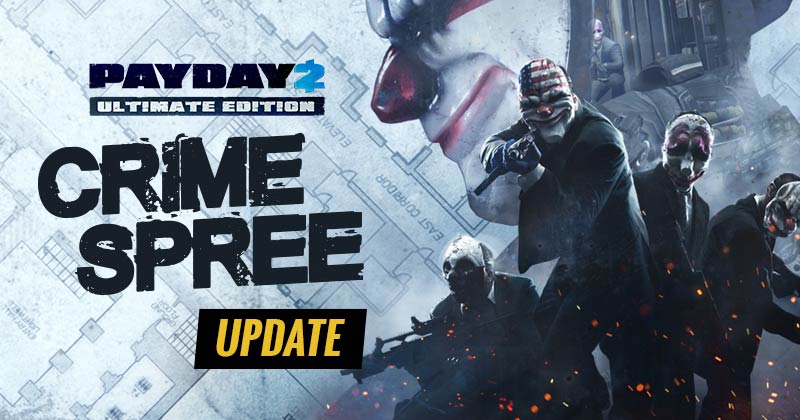 The police will be stepping up its war on crime with new challenges for any heister that is trying to commit a Crime Spree in their city. Any heister that wish to claim the new rewards added to the cosmetic item pool will surely have a challenge ahead of themselves. There will be new abilities and buffs for existing enemies and even some new unit variants to be deployed against them.

The Spree system has also gotten a bit of an update. The initial buy-in cost is gone for a level 0 Crime Spree. That means you only need to pay when skipping levels in the Spree.

The modifier selector is also different with the new update. After the update there will be three modifier intervals to work with.

Stealth and Loud Modifiers will have the player choose from a set of old and new modifiers that will change the gameplay in different ways. Forced Modifiers will always increase the enemies health and damage and will be automatically applied to the Crime Spree when the appropriate level is reached.

The heist selector will no longer be divided in long, medium and short heists like before. The choice will now be stealth, short or long heists. The stealth heist may be long or short.

When downloading this update your current Crime Spree will disappear, we highly recommend claiming your rewards before downloading the update. Any unclaimed rewards will be lost when the update is installed.

The Desync Beta will be deactivated until we release a new beta update.