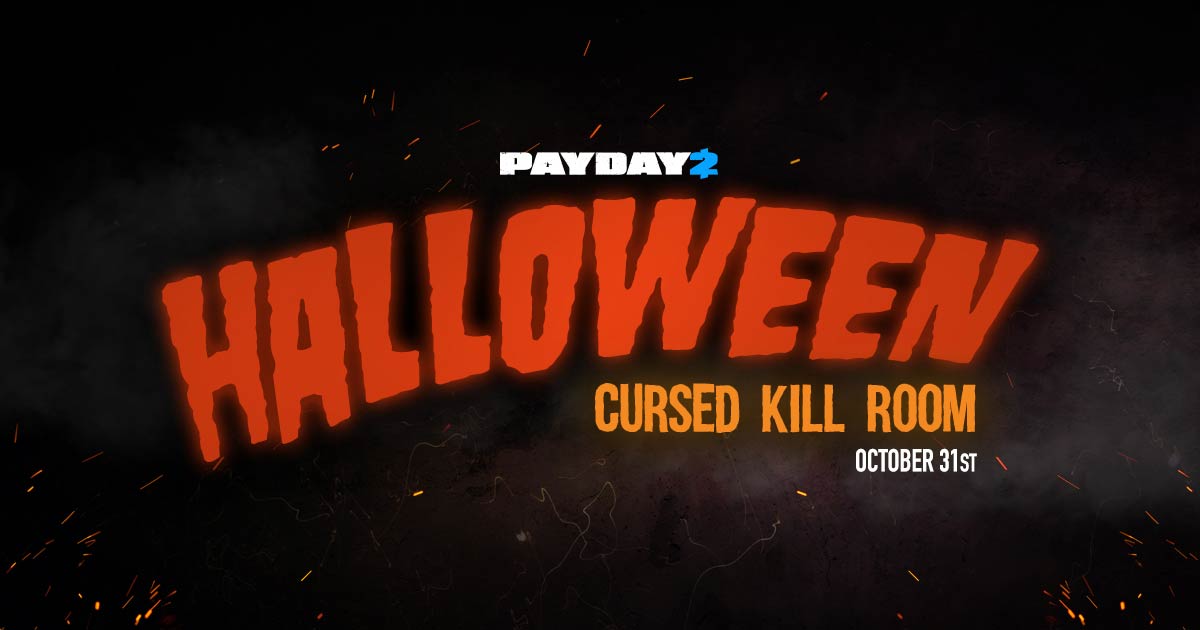 Once upon a midnight dreary,
I pondered and planned,
Tired and Weary.

Over many old notes,
all written long ago,
of loot, diamonds and goats.

As the time struck twelve,
a presence, the king cloaker,
into the safehouse delve.

I now had to fight,
for the cloaker was after me,
and yet I still felt greeds cold bite.

Rare and wonderful masks,
tempted my vanity,
I need them, I want them, I do the tasks.

The cloaker loomed over me,
he watch my struggle,
as he watches and taunts me with glee.

We are releasing the Cursed Kill Room a limited time event heist. Go in and open as many safes as you can. The timer only counts down when you are not protecting a safe, so be fast when securing the loot. You can gain extra time by shooting cops. 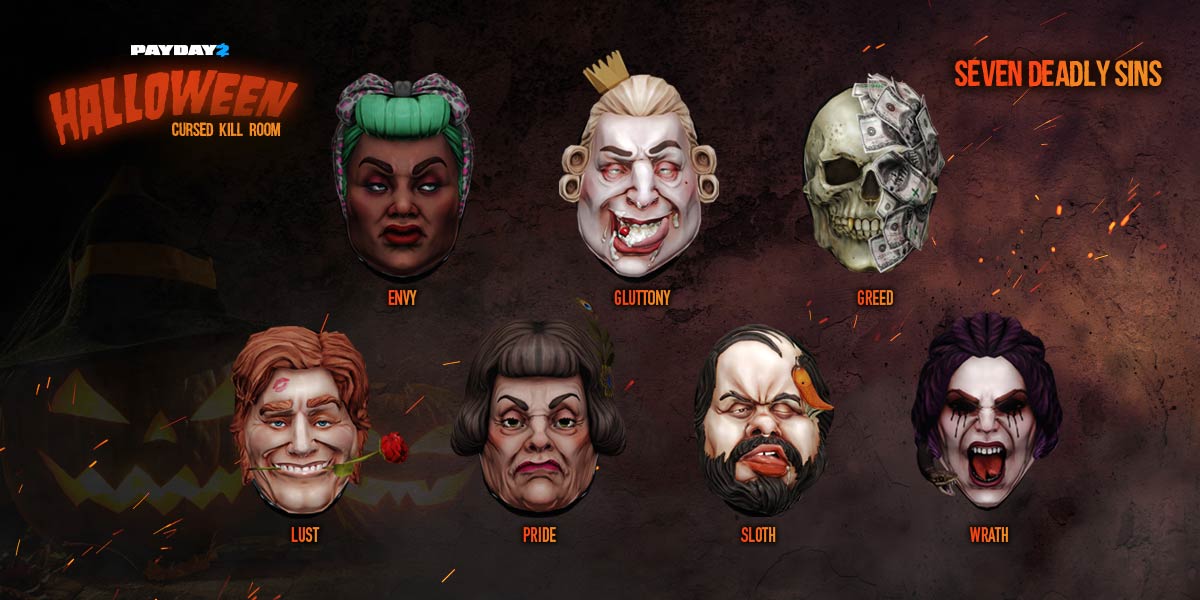 The Cursed Kill room comes with 7 sinful masks to collect. To get a mask you need to open some safes first so get cracking.

You can also play the Nightmare Safehouse during a limited time as well. Go into the nightmare version of the old safehouse and relive the horror. The Safehouse Nightmare comes with 4 juvenile masks to collect, distributed over the first 4 difficulties. An additional 4 masks that can be acquired from the loot drop.

During the Locke and Load event we released 5 new weapon mods. They are still available for free if you solve the riddles. The riddles will later be removed, at that point you will only be able to get the mods for continental coins.