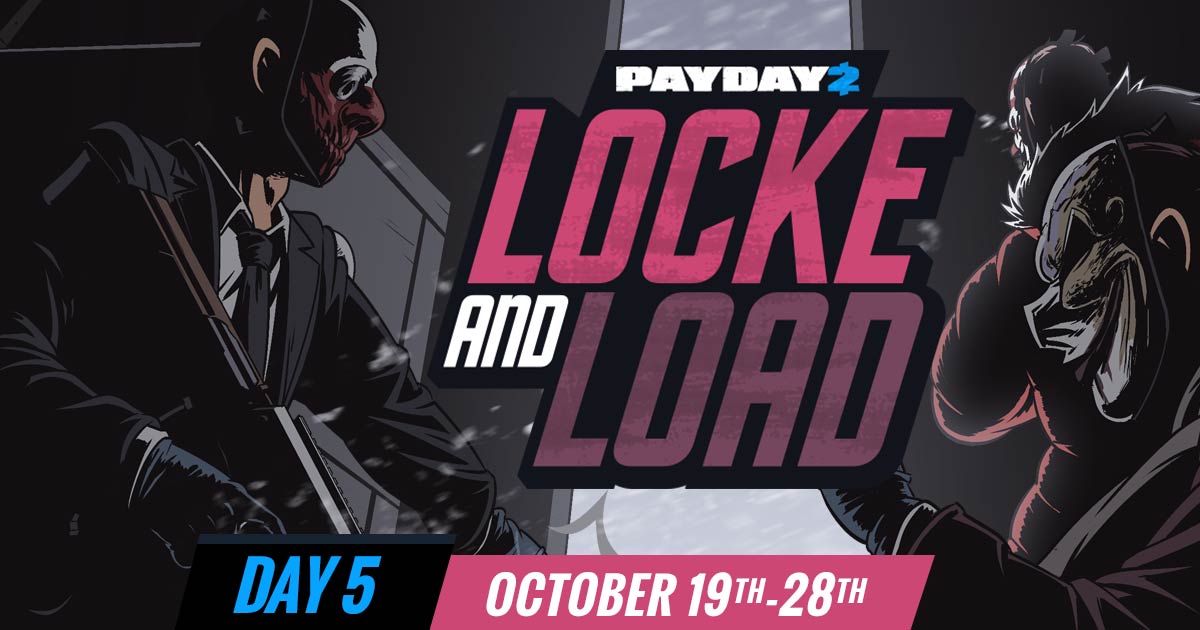 Did the train stop? Are we there already? Day 5 of the Locke and Load Event and the gang finally arrives at their destination, Alaska! What to expect? Well, better expect the unexpected when Locke is involved, but find out for yourself.

Today’s update brings you the long awaited new Heist, called “Alaskan Deal”. On top of that we added new Side Jobs as well as the Brothers Grimm 12G Shotguns. You saw correct, Shotguns as in plural. Last but not least you can now have your own private rave by changing the color of your Lasers and Flashlights!

If you want to know more, check today’s website: ​Locke and Load[www.paydaythegame.com]

We hope everyone of you is enjoying the current Ultimate Edition Free 2 Play with their friends. Don’t forget that the heavy Discount will only last until the last day of the Locke and Load Event, the 28th of October.