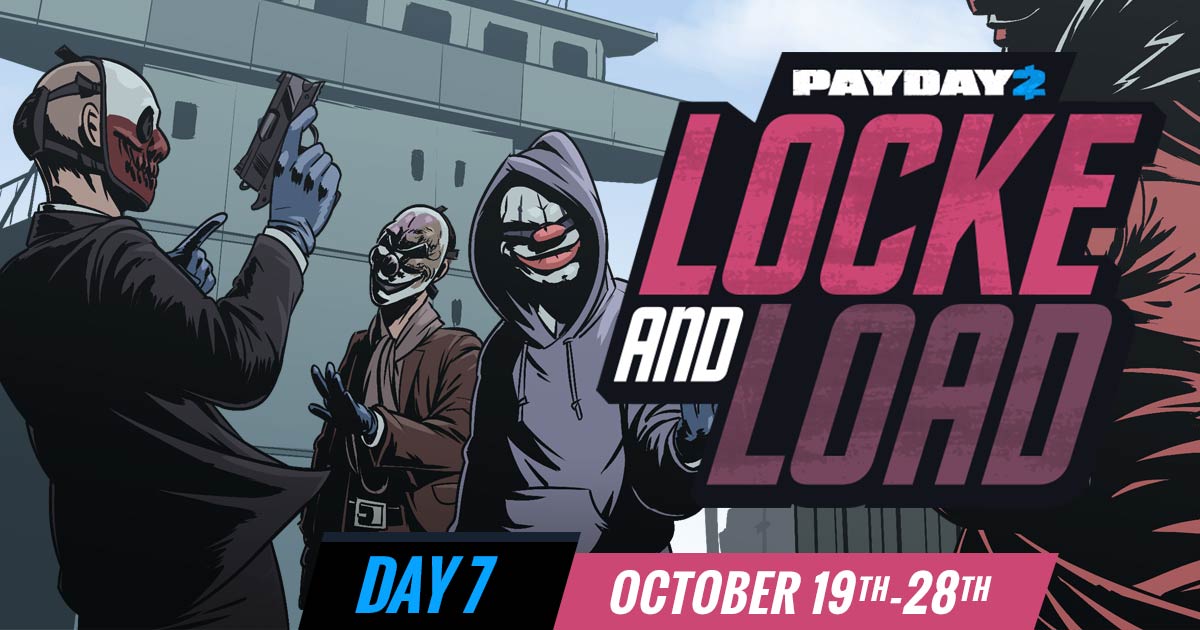 “August”, “Mr. Lindenhurst”, or simply “Duke”. This guy has been called many names during his time on this Earth. You all know who we are talking about. The community character has finally arrived. He comes together with a new Perk Deck called “Stoic”, a pair of Akimbo Pistols and a classy Leather Sap to hit any unsuspecting guards over the head with. Last but not least, we created two unique masks together with people from our community!

Find out more on today’s website: ​Locke and Load[www.paydaythegame.com]

Is your heist collection complete? Perhaps your armory is not as full as it could be? During the entire Locke and Load event you have the opportunity to upgrade your copy of PAYDAY 2 to the Ultimate Edition at a greatly reduced cost.