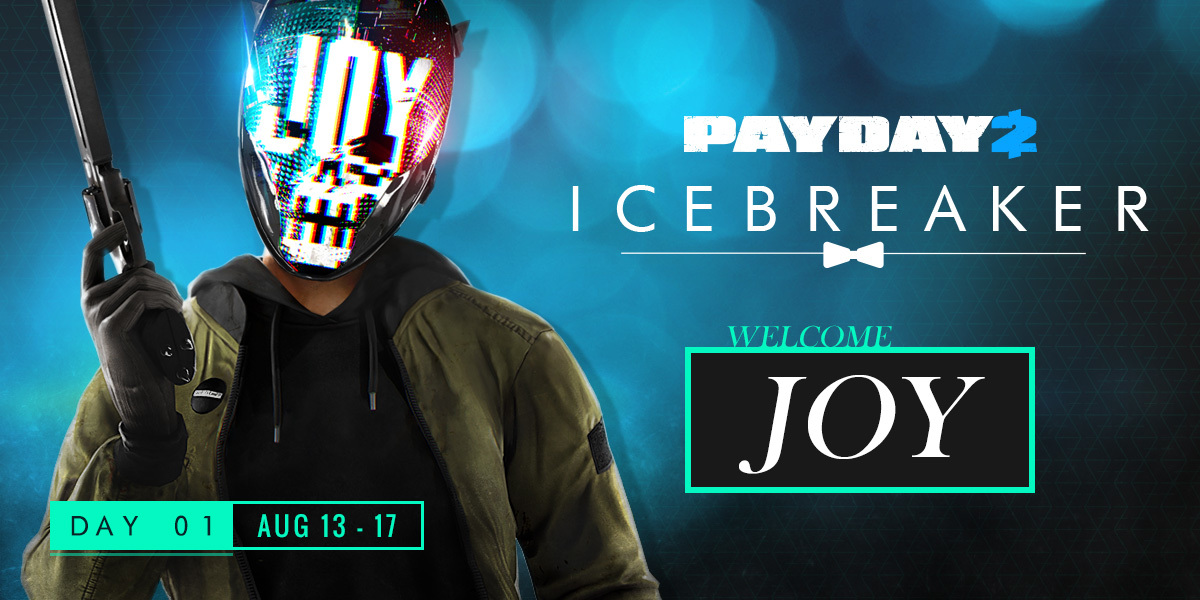 Exactly today, 5 years ago on the 13th of August 2013, PAYDAY 2 officially released on steam. What better way to celebrate such anniversary by kicking off an event?

ICEBREAKER has officially started and guess who arrives first? Joy is making her pc debut and directly proofs herself useful by helping the gang with the auction invitation. What appears to be an impossible task to most of us, looks like easy cake when she starts playing her keyboard just like a piano! Joy comes with her own “Hacker” Perk Deck, Akimbo Signature SMG and her Hackaton Melee weapon.

More information can be found on the official event website: ICEBREAKER[www.paydaythegame.com]

To all the collectors out there, don’t worry, we didn’t forget. Today, alongside Joy and to celebrate the 5th anniversary of PAYDAY 2, we release the Golden Wolf Mask![www.paydaythegame.com]