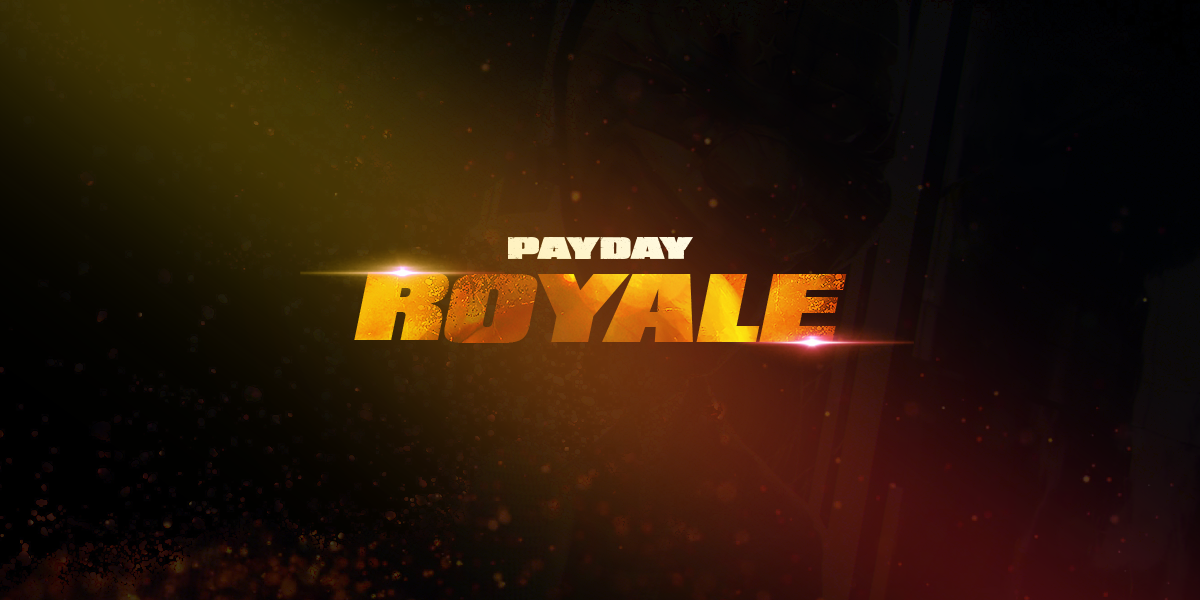 It is time for the next offence in the never-ending PAYDAY rap sheet. Today we want to give you a first preview of what is to come in the somewhat near-ish future. We are proud as punch to be able to give you 99 new reasons to mask up in PAYDAY ROYALE[www.overkillsoftware.com].

As you and the opposition gather on Hell’s Island waiting for the Hype Train to take off, tensions are high and the stakes… are also high. As the twitch shooters, the youtubers and the no-scopers gather; the train is fueling up and soon it is time… to put your game face on.

Board the Hype train and hunt the safes that fall from the skies over Bain Island. There’s also a 0,5% chance that a Sputnik satellite will appear with some extra epic loot. Mask up, get down and let’s get rambling. Go solo or as a crew and fight your way to the title of Loot Master. The tactics are endless and the playstyles are quite a few. But beware there are not just 99 other players out there against you out there somewhere out there someone else is on the hunt and the last thing you see is his bright green eyes. Bring him down to get some special loot the gives you an edge in combat. Unless he finds you first.

Where will you disembark the Train?

As with any normal train no one really knows the actual path of the Hype Train, each ride will be different and you never really know where it will go but one thing is certain you won’t like where it’s heading. Stay too long and you bought yourselves a one way ticket to Mercy Hospital Morgue.
You can jump off Downtown and get right into the fray or run for the Safehouse since nothing bad ever happens there. If you are looking for something more interesting make your way to the Meth Woods or get some top tier wheels from The Rust.

Do you sneak around or go for the Safes?

Safes attract a lot of attention but give great rewards, if you can take the heat. Every now and then Vlad and his brother-in-law lies over the island and parachute a safe, safely to the ground. Inside is an arsenal that would make Chains shed a tear of joy as long as you can wait out the broke dick piece of shit drill.

Get yourself a Miisters, mister! and unlock some sweet sweet exclusive gear. You unlock special skins, emotes and player portraits. Here are some examples of the awesome special unlocks a Miisters can give you and what Miister you would need to purchase:

High Society, each of the heisters has a Miister in this classic look

Golden Heisters, each heister from the classic PAYDAY 2 crew has a Golden Miister

PAYDAY Royale will be released completely untested and utterly broken some time today and will most definitely break every mod known to man. We look forward to seeing all of you on the Hype Train or somewhere among the famous PAYDAY locations on Bain Island.The race is on for who will earn the title of Loot Master first and who will have to live with the shame of being the first to be taken into custody. The guns will roar in the streets and dense forests and yes…
Helmets will fly.
Good Luck!