There are some changes in this patch that were added late. There was not enough time to get them translated, therefore they have been listed above in English.

If you are having issues with an unmodded game you can try to verify the integrity of the game files. In the steam library; right click on PAYDAY 2. Select "Properties" from the menu. Under the tab "LOCAL FILES" select "VERIFY INTEGRITY OF GAME FILES…".
The process may take some time to finish. 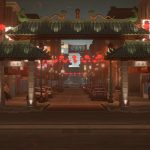