Jiu Feng is back with his fourth and final Smuggler Pack with plenty of iron to deal with what is gonna go down soon. You need to gear up and be ready for a new level of heisting. While a heister’s best friend might be a hot gun, there are other ways to stay warm in the dreary February weather. With custom community suits, you will never freeze in the cold bitter wind again.

This weapon pack is all about secondary weapons, the loyal companions, the friends in need, the aces up your sleeves. First up in the pack is the Argos III Shotgun, a futuristic shotgun that packs a mean punch. With its custom compensator, stock, and side-mounted ammo cache this beast will dominate the battlefield. The second piece of hardware on the table is the Wasp-DS SMG. You can bring one of these bad boys as the backup gun or as your main dealer of carnage as it sings of lead and violence into the evening of San Francisco. The extra grip, special magazine, and new stock will make this SMG a joy to bring on any heist. And lastly, something completely different, a pistol unlike any other. The Gecko M2 Pistol is a one-handed power-house built for stealth but holds its own in a firefight. This pistol does not only feature a built-in suppressor but also cartridges powerful enough to push a full-grown man off his feet upon impact. For the ambidextrous heisters, two of these pistols will certainly make plenty of helmets fly.

Jiu Feng cannot pass up an opportunity to showcase his keen sense of style with some cosmetic options for your choice of firearm. He draws our interest to four new weapon colors. Do you want to go with the “Art Deco Waffle” for that cool art deco feel or the more modern style of the “Dry Cut”? Perhaps you go for the funkier “Blue Stroke” weapon color or the funkiest of funk that is the “Vaporwave”.

Also included in this update are two Exclusive Weapon sets. The “Triple Tech Threat” for the Argos III Shotgun gives a cool sci-fi look to the weapon and adds a triple laser array to the front that gives a very unique targeting image and lets you know without a shadow of a doubt where those pellets will fly. The “Whisper 9 Silencer” for the Wasp-DS will also give the weapon a high-tech overhaul. With a built-in suppressor and laser, the exclusive set already gives a decent kit for your gun but with the addition of an ammo counter display, this set really takes the weapon up a notch.

Exclusive Weapon sets were first introduced in the last update as a mod kit that gives the weapon a cool new look that can’t be achieved with regular mods. They also boost the stats of the weapon as some mod slots may be unavailable while the set is applied. However, the set would not offer better stats than regular mods. They may on the other hand offer other bonuses and fun add-ons to the weapon, like extra lasers or ammo counters. An Exclusive Weapon Set gives you a preset of mods and a cool-looking weapon with a single click. You can have a badass alternate form of the weapon, fully modded and ready for action. Great for new players that want to jump straight into the game or veteran players that want a fun new way to play the game.

Pick up these awesome weapons, weapon colors, and exclusive sets in the Jiu Feng Smuggler Pack 4[pd2.link] on Steam today.

But we are not done with weapons yet, in this update, there are also two free weapon mods that anyone can use. First up we have “Medved R4 Suppressor” a big suppressor that can be used with any pistol or SMG. In addition to lowering the noise of the gun, they also boost stability and accuracy. Secondly “Medved R4 Laser Sight” is a nice sleek laser sight for your favorite pistol.

During our 10th anniversary last year, we held a contest for you, the community, to design and suggest your own outfits. There were so many good suggestions that we found it impossible to narrow down our top picks below three. So we made all three of them. They are now available in the game. Congratulations to our three winners XXXX who designed the “The Linchpin” outfit, @SilversTweet who designed the “Pink Hopper” outfit, and @OneMonovan who designed the “Overgold” outfit. These three very different and unique outfits are amazing and great additions to any heister wardrobe. 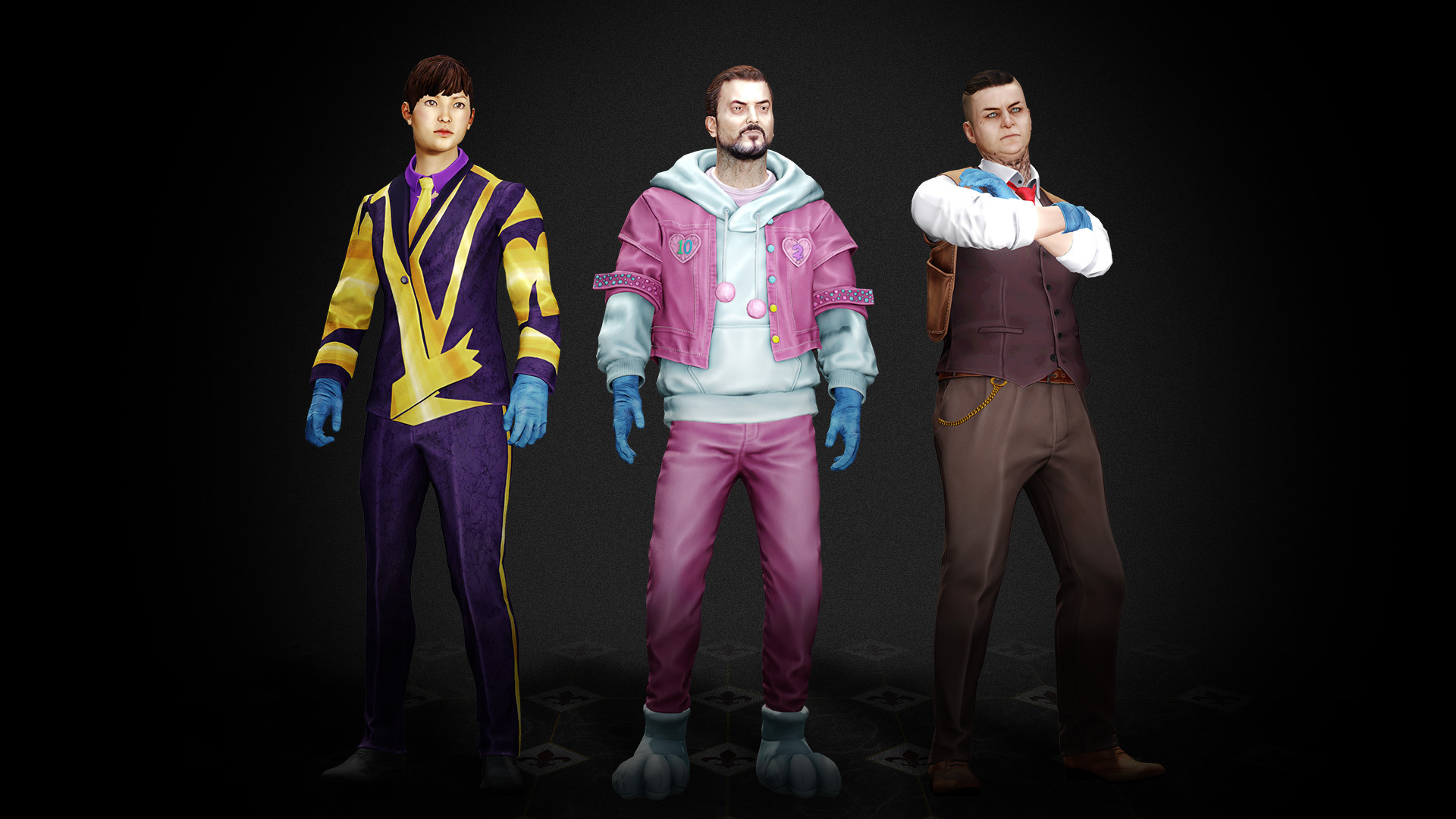 Read more about the update on the website[pd2.link] and see more previews of the content.

Thank you to everyone who bought the F*ck Cancer bundle on Humble Bundle to help support Cancerfonden (Swedish Cancer Society) in their work to advance cancer research and in doing so you also help honor our former CEO Mikael Nermark.

Keep those helmets flying and blame it on the boom-boom.
OVERKILL_Tobias
OVERKILL – a Starbreeze Studio.