If you are having issues with an unmodded game you can try to verify the integrity of the game files. In the steam library; right click on PAYDAY 2. Select "Properties" from the menu. Under the tab "LOCAL FILES" select "VERIFY INTEGRITY OF GAME FILES…".
The process may take some time to finish. 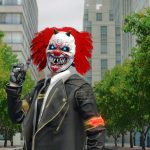