You need to be a special kind of hard-ass to wear black leather in Texas. These drabs ain’t for quitters. It’s time to bring the heat in every sense of the word. In order to hide our upcoming activities and cast some of the blame on a local biker gang, Gemma has provided some new outfits for the gang that they can use in the next heist. Some subtle subterfuge is never a bad thing, right?

We kick off the next chapter in the Texas Heat saga in style with the High Octane Tailor Pack. In addition to the weapon pack and heist, the Lost in Transit Bundle also contains a music DLC containing songs created for the 2020 campaign ‘Silk Road’.

This bundle contains 4 DLCs, the first of which, the High Octane Tailor Pack, is now available alongside the bundle. The other three DLC’s, Tijuana Music Pack, the McShay Weapon Pack 2 and the Lost in Transit Heist, will be released on August 31st, September 21st and on October 19th respectively.
Picking up the bundle will net you a 44% discount (may vary based on your Steam currency) for purchasing now, and guarantee you immediate access to the DLC’s when they’re released.

In this new Tailor Pack, it’s all about the freedom of the open road and the smell of grease and gasoline. Are you the leader of the pack? The wild one, feared by the local law? Maybe you’re just trying to get closer to Rust? Then this is a must-have tailor pack.

In this DLC we have some awesome kit for you, “Hell on Wheels” some good old-fashioned Leathers that anyone riding the big fives would be happy with. If your style is more to show off your ink from your Chopper as you weave between the cages then you might want to put in the “Road Rage”. Just don’t have a spill or you’ll be switching those tatts for road rash. 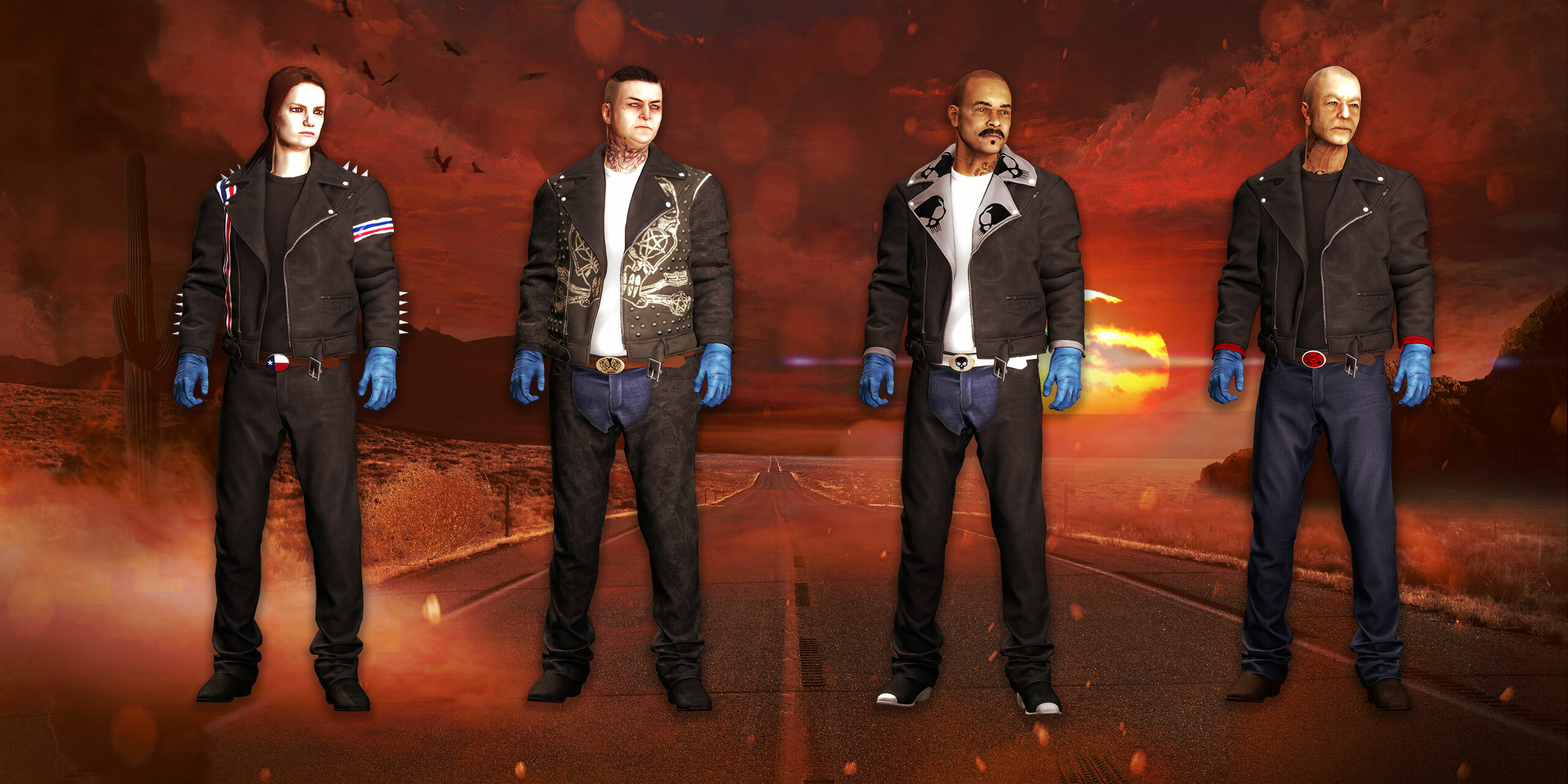 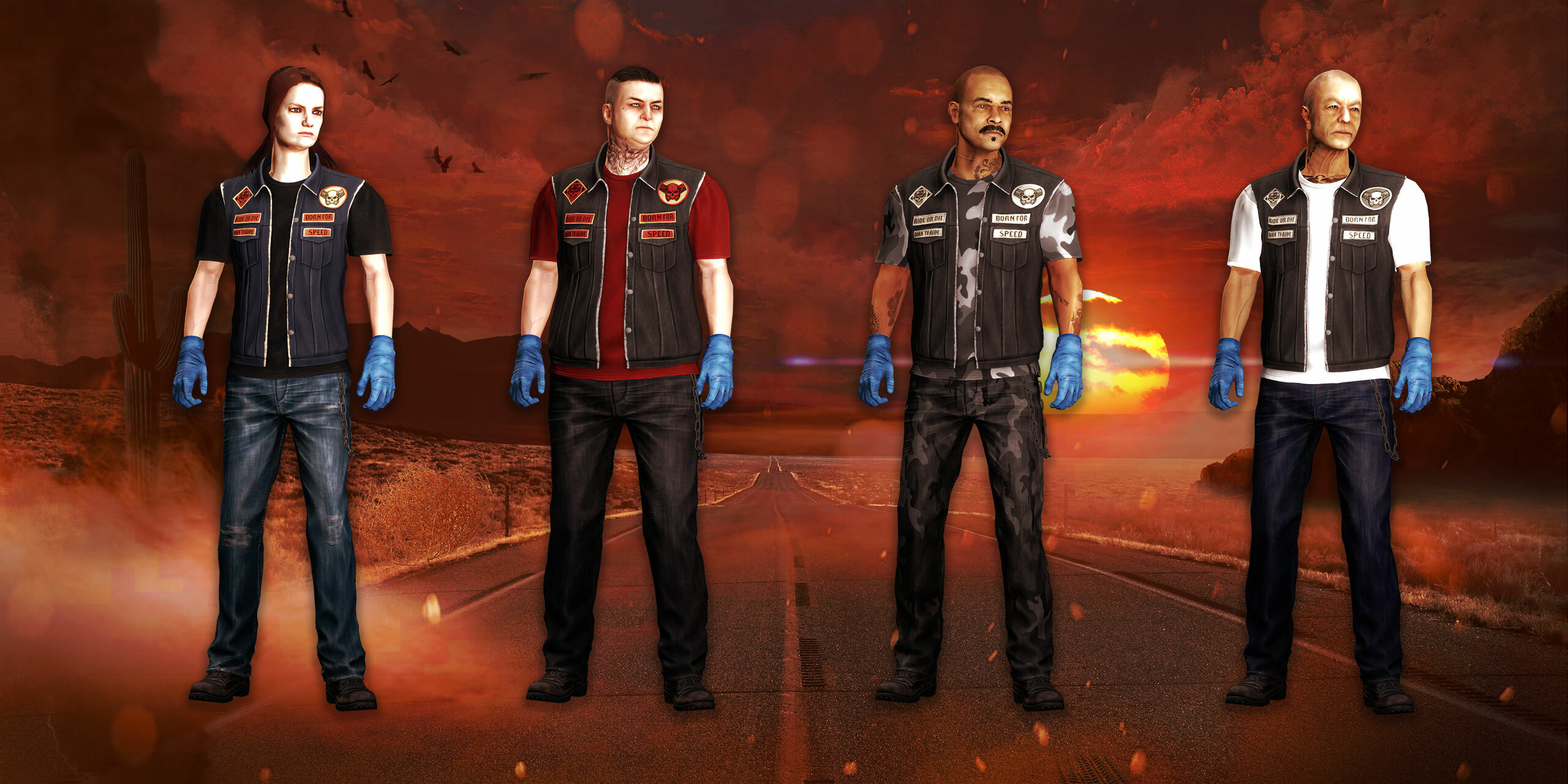 Of course, we got the full gear in this pack with two new gloves in red or black leather. Perfect for not leaving fingerprints at the scene of a heist or not burning your hands during an emergency repair when your pipes fall off. 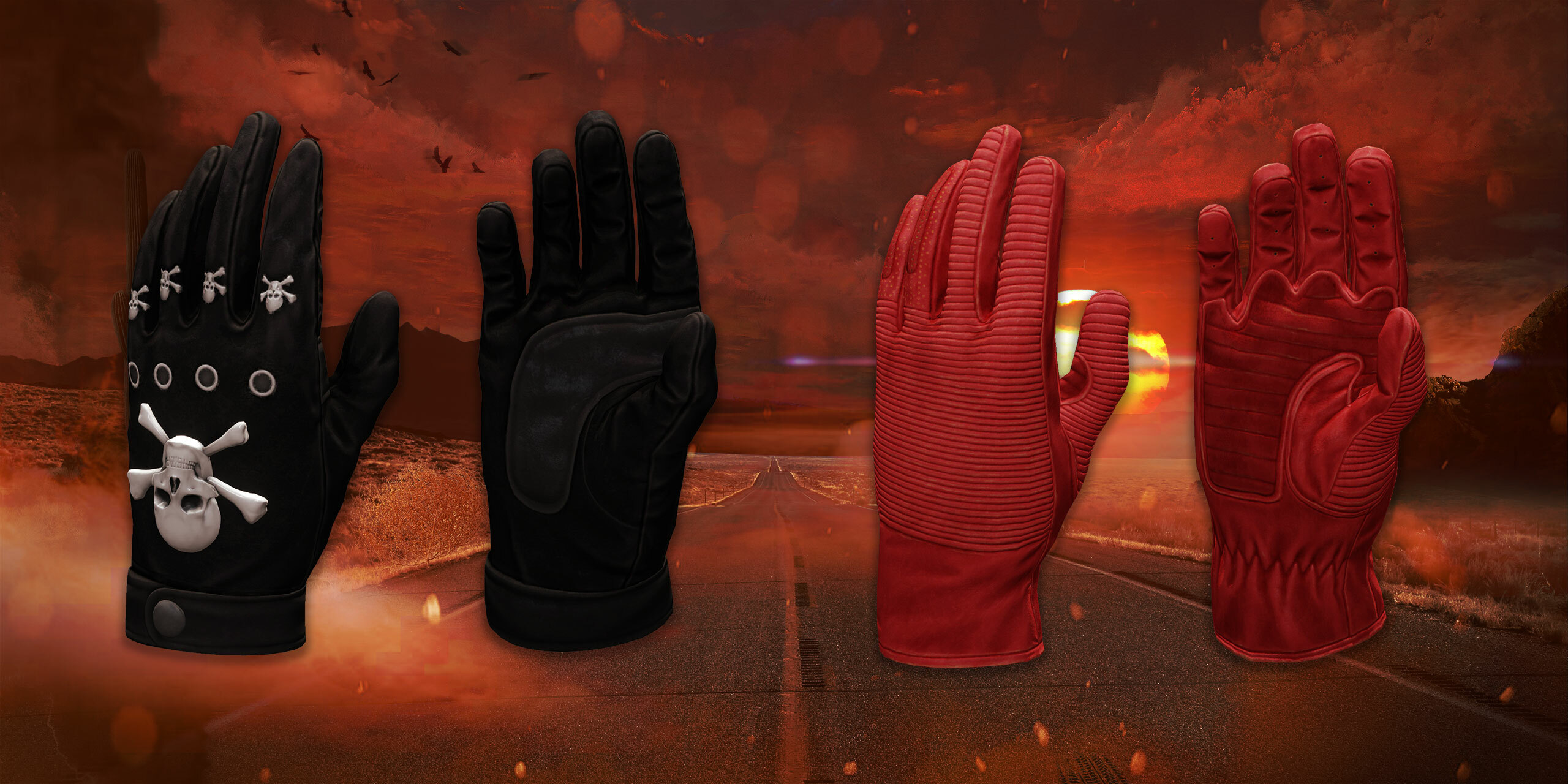 And last but not least, don’t ride without your lid on. It helps avoid unwanted attention before a heist or unwanted identification after. These 6 new helmets will help with both, to various degrees. As all know, the ultimate statement of who you are sits in your helmet so choose wisely. 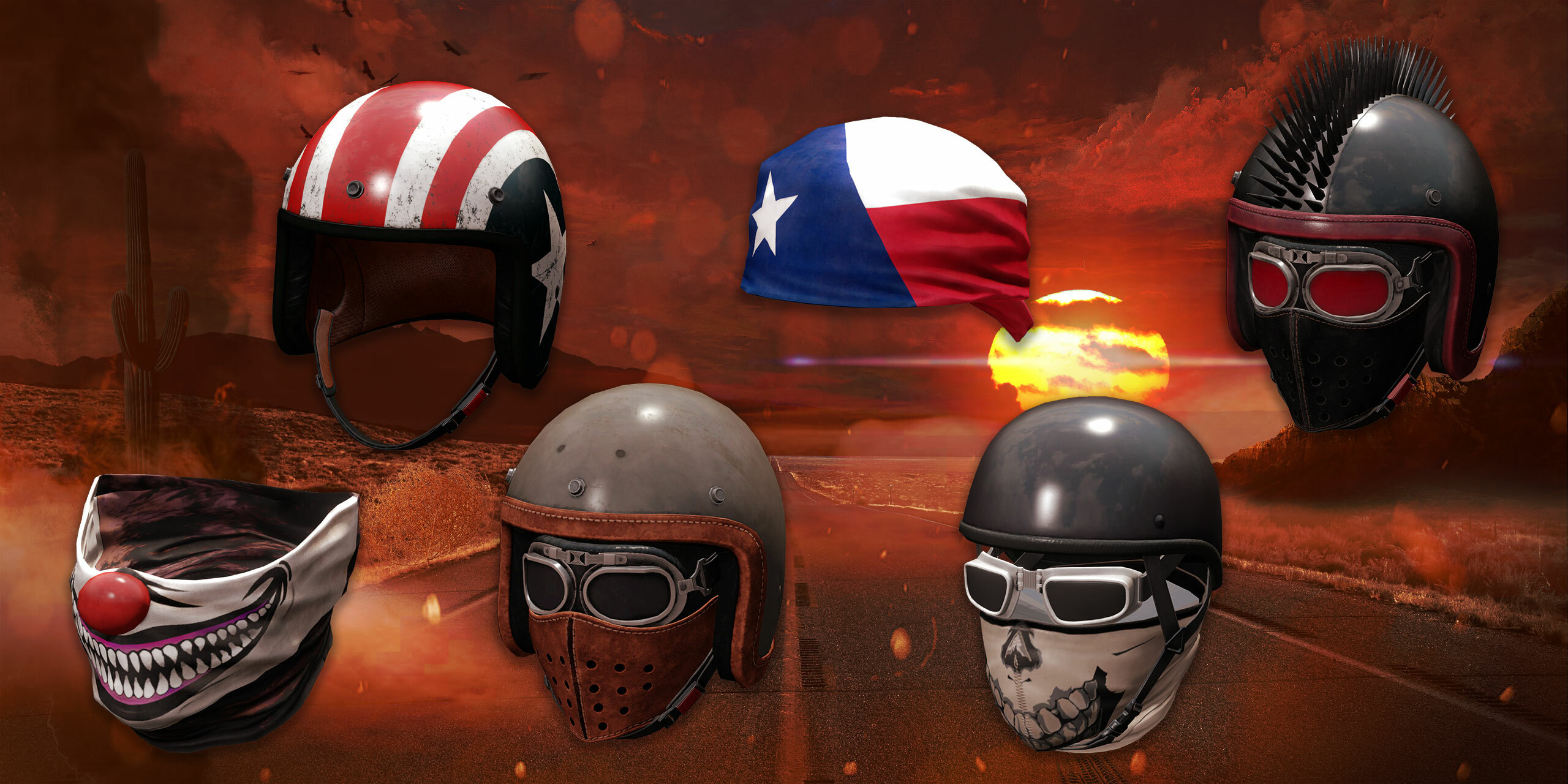 In response to the tactical efficiency of the Marshal Marksman unit, the Department of Homeland Surveillance has decided to update its own ZEAL Marksmen with Marshal traits. 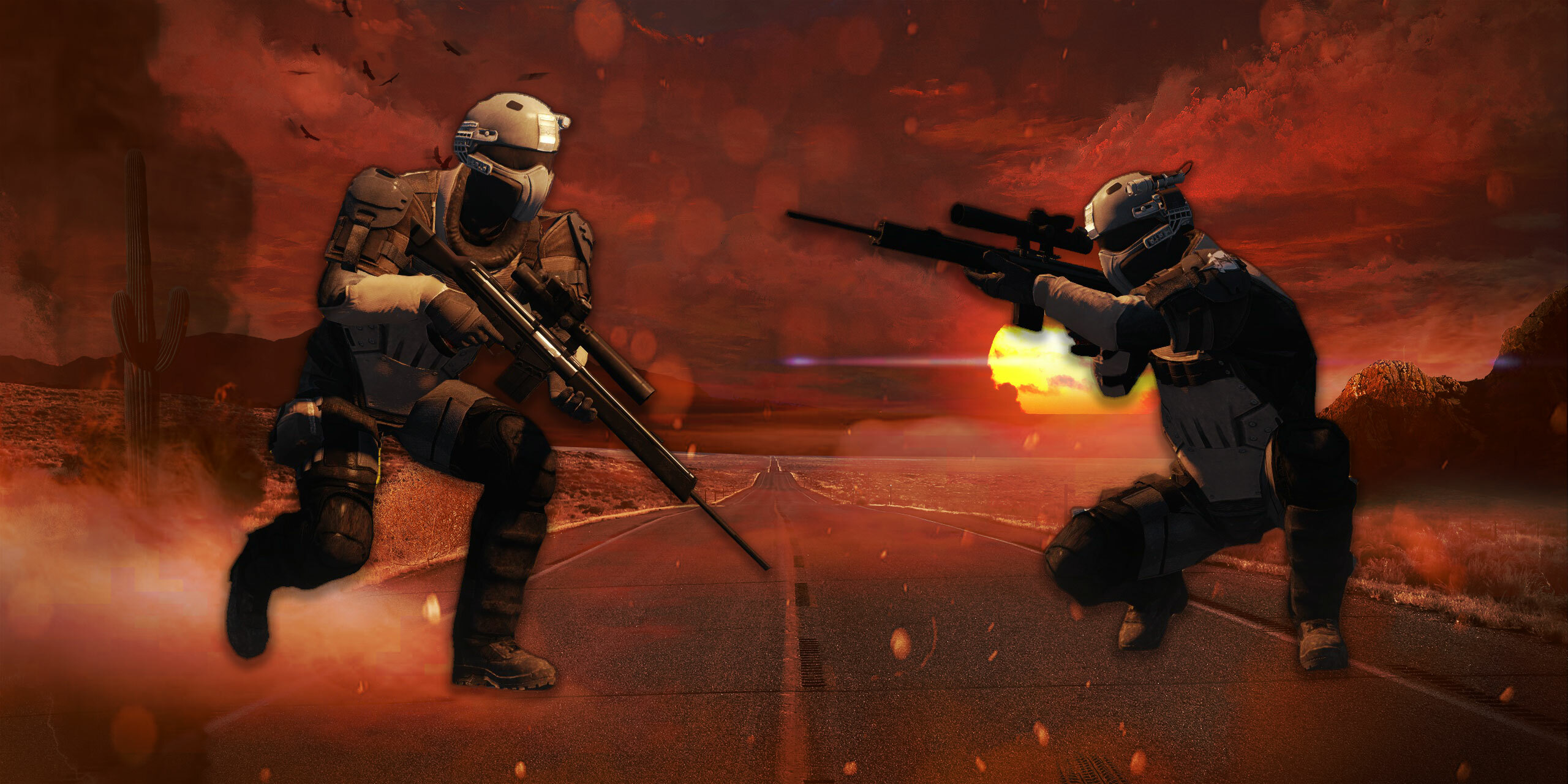 The ZEAL Marksman will employ semi-auto rifles with armor-piercing rounds, dealing low damage but at a faster rate of fire. Replacing heavy rifle units, ZEAL Marksmen will return to Holdout and Crime Spree missions with damage that no longer scales based on wave or rank. Their new armor better protects their bodies from harm, but makes them more susceptible to headshots.

Heist or Die, that is our motto!
OVERKILL_Sebastian
OVERKILL – a Starbreeze Studio.

The PAYDAY franchise on sale!