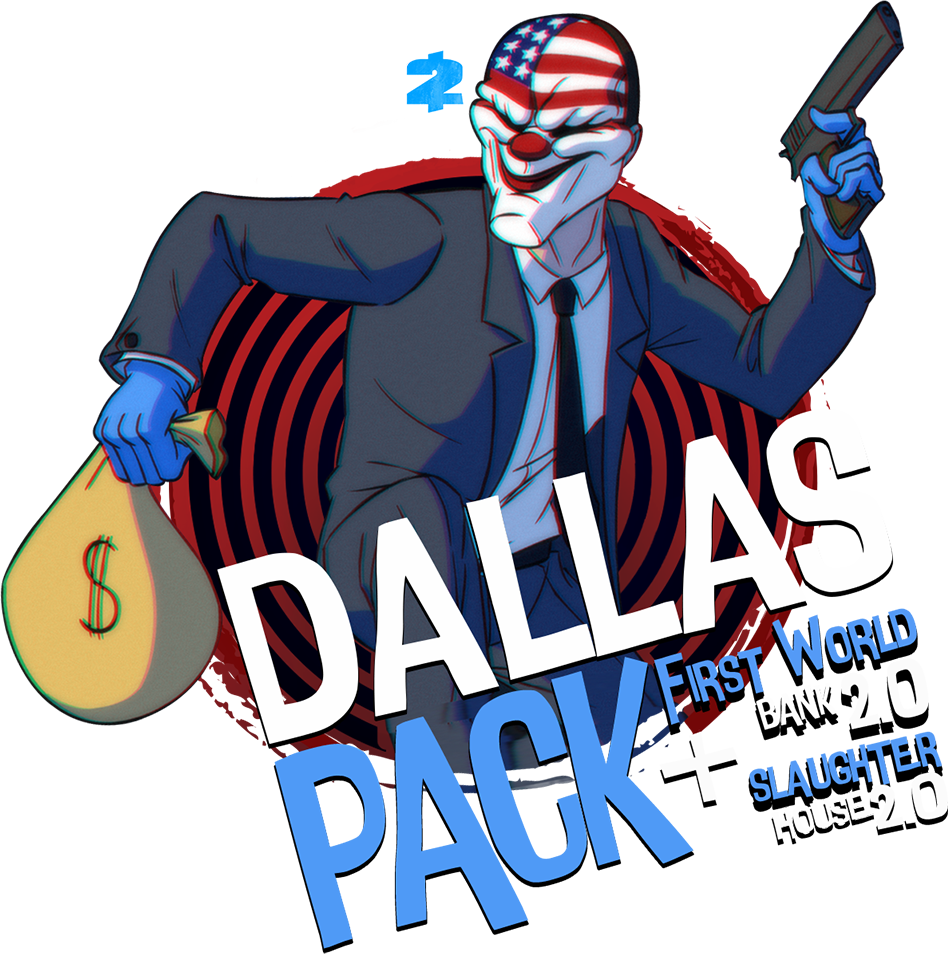 Slaughterhouse provides another chance to serve it to those Murkywater bastards. You've worked their riverside warehouse over plenty of times, but this time you're hitting them out in the open. One of their convoys, laden with ill-gotten loot, is trying to get through the city. YOUR city. Show them there's only one crew that owns the streets of Washington. 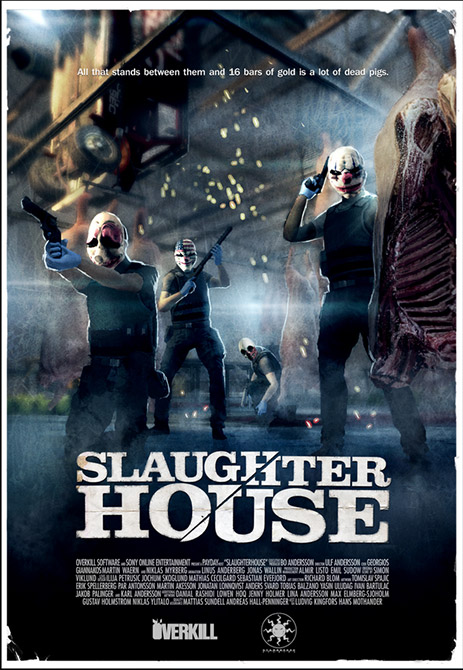 Fight over Murkywater's stolen gold in tight quarters between pigs, conveyor belts and containers. The job's gonna be like you remember it, with a few PAYDAY 2 style twists! Look for a new way to haul the bags, grab the extra loot and fight yourself to the limit when trying to escape! Stick together and fight smart, this job might just push your limits. 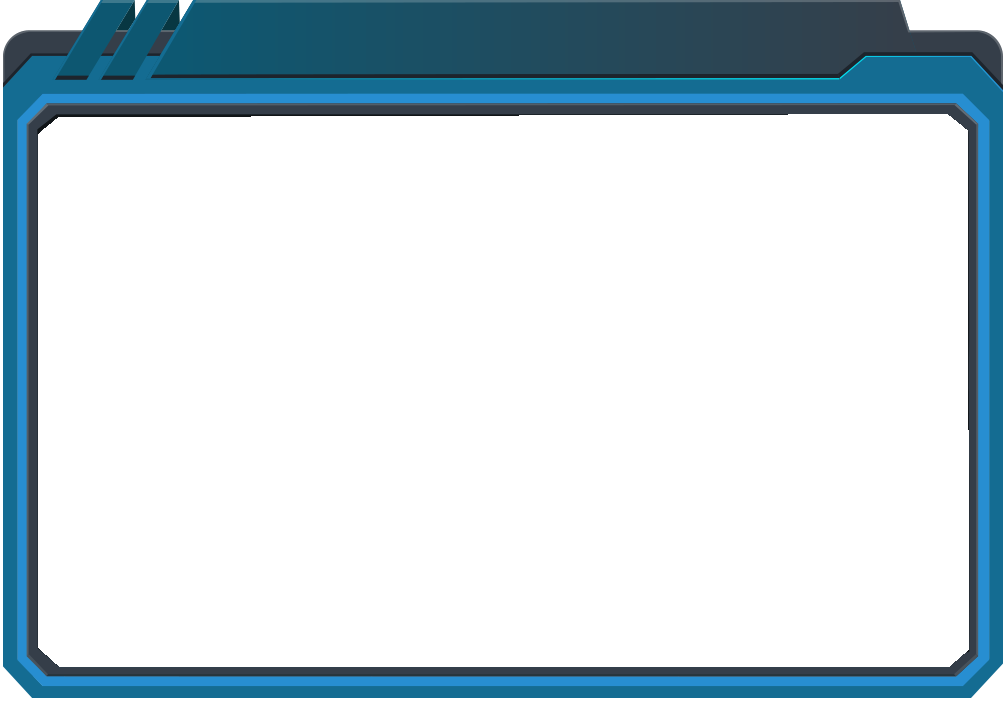 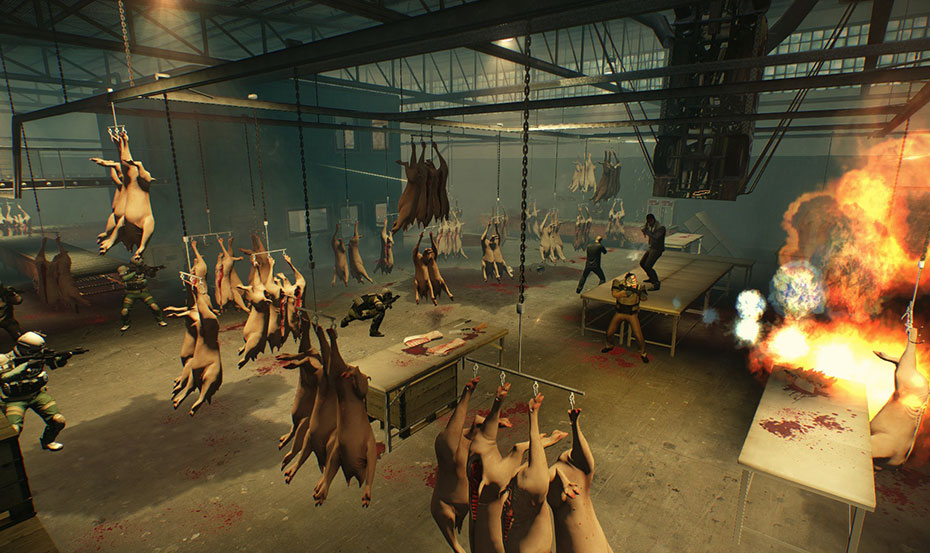 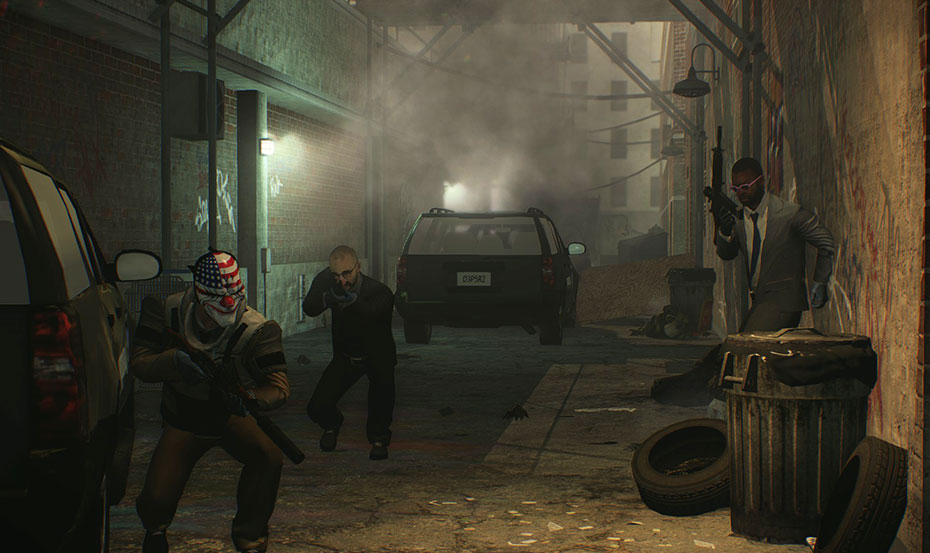 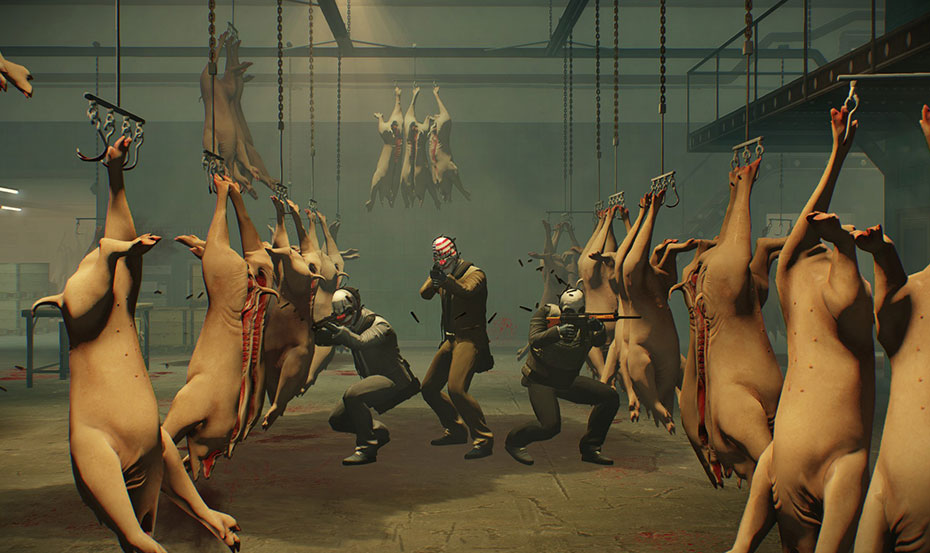 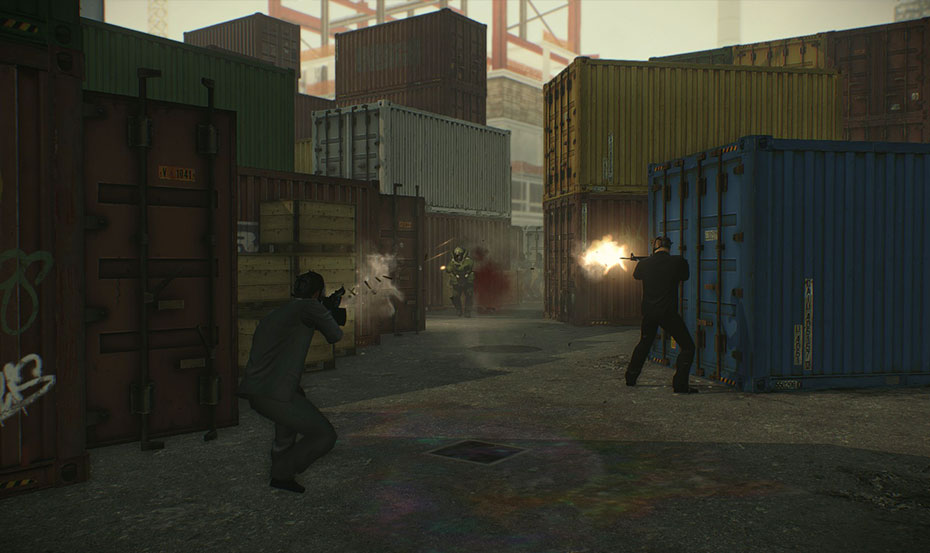 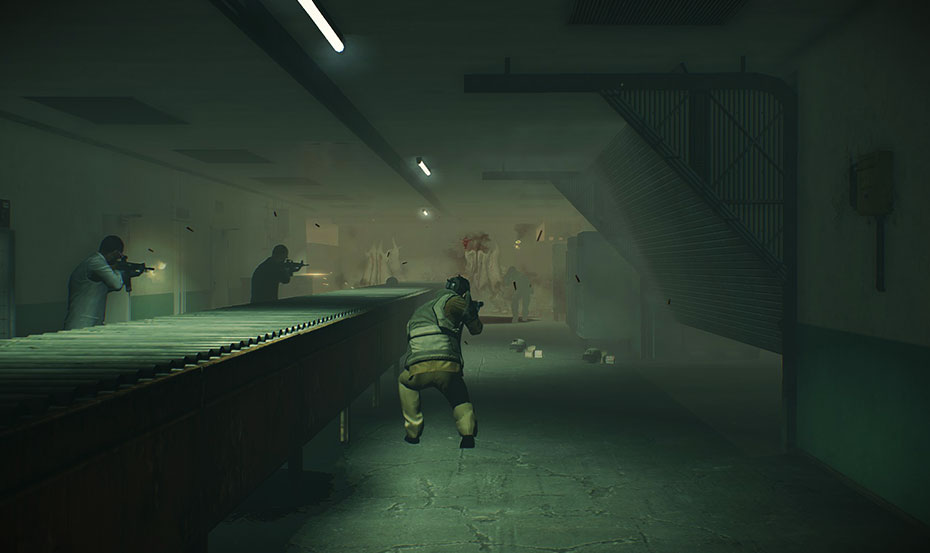 Complete the Slaughterhouse job on the OVERKILL difficulty or above while Captain Winters is still present on the level.

In the Slaughterhouse job, get the armored truck to drop without shooting at the wires on which it is suspended.

Finish the Slaughterhouse job without anyone killing a single sniper.

In the Slaughterhouse job, pick up two gasoline tanks within 30 seconds of entering the slaughterhouse.

Complete the Slaughterhouse Heist on the Death Wish difficulty. 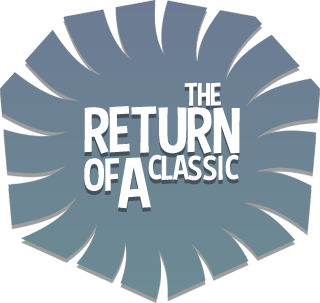 When the history of the Payday gang is written, it will probably start "In the beginning, there was the First World Bank", because this is where it all started. After receiving a government bailout, the gang descended upon this edifice of greed. Within an hour, and after spending a can of thermite and a lot of magazines, the legend was born. 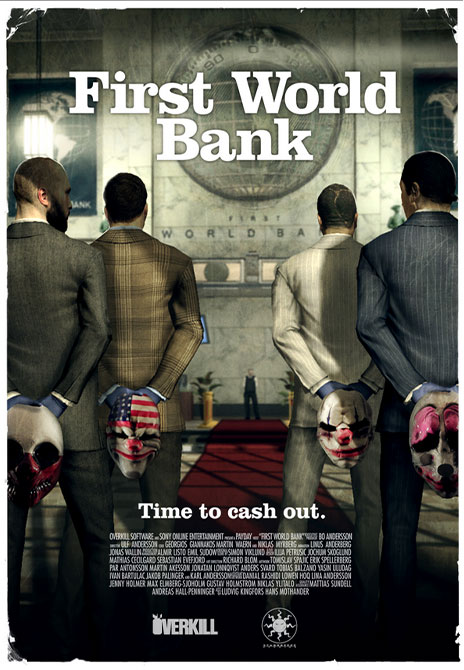 As Payday 2 evolved from Payday: The Heist, this version of First World Bank has evolved too. You can roll in loud, exactly like in the original, but now you also have to option to do it quiet. Keep your fingers off the trigger and the people on the floor, and this will all go smoothly.

Listen up! This is a robbery! And it's more than you remember. Both the loud path and the quiet have additional objectives that extend the gameplay and demand greater dedication from you, the heisters.

Your reputation (and off-shore money) precede you, and Bain has contracted a little assistance. There's help on the inside this time. Get in there, make contact and do what they say, and this will be over in no time. 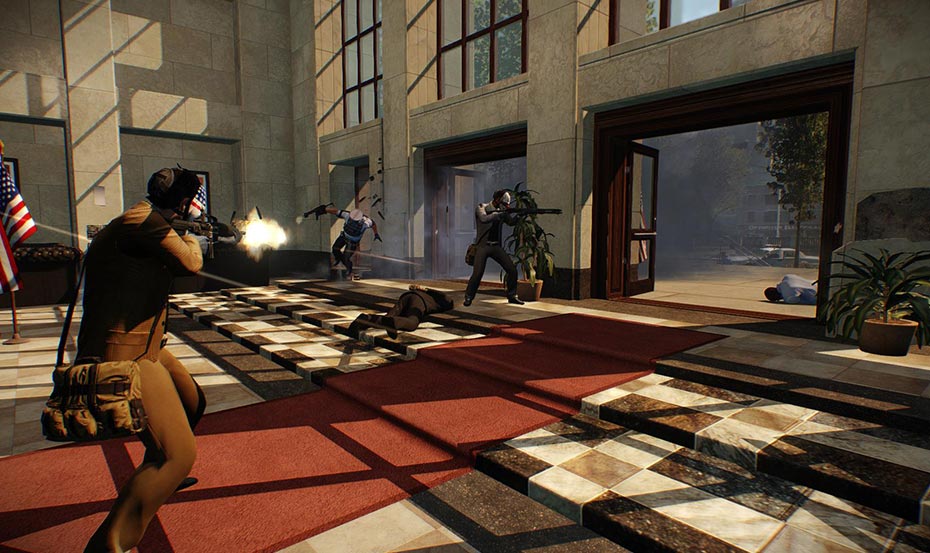 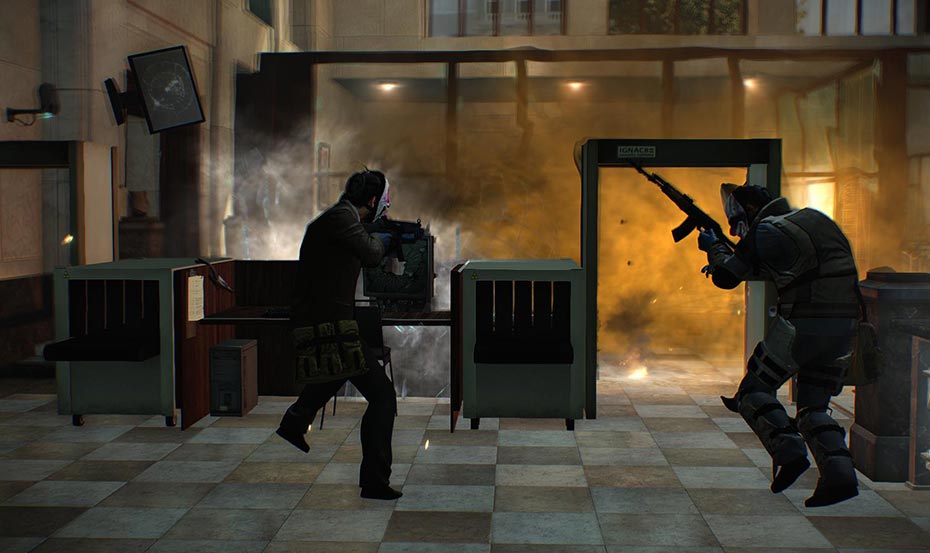 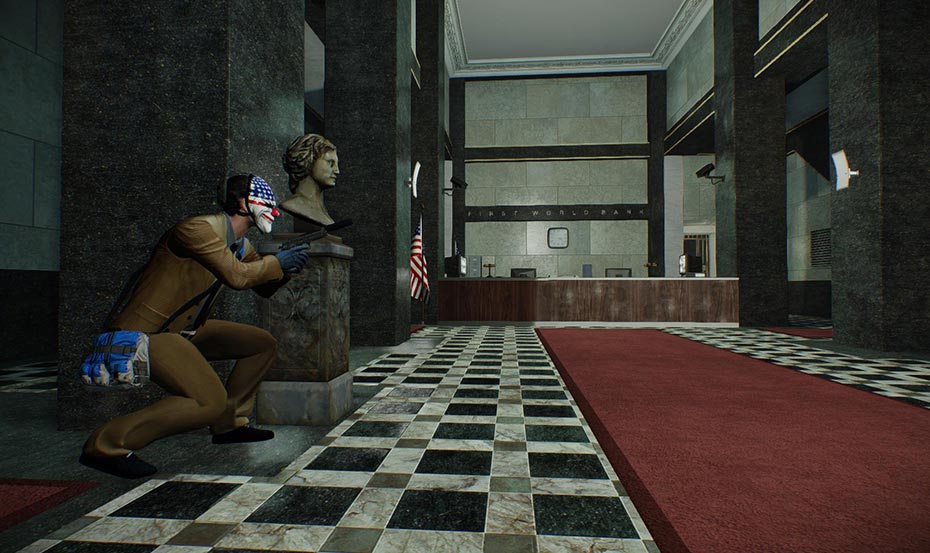 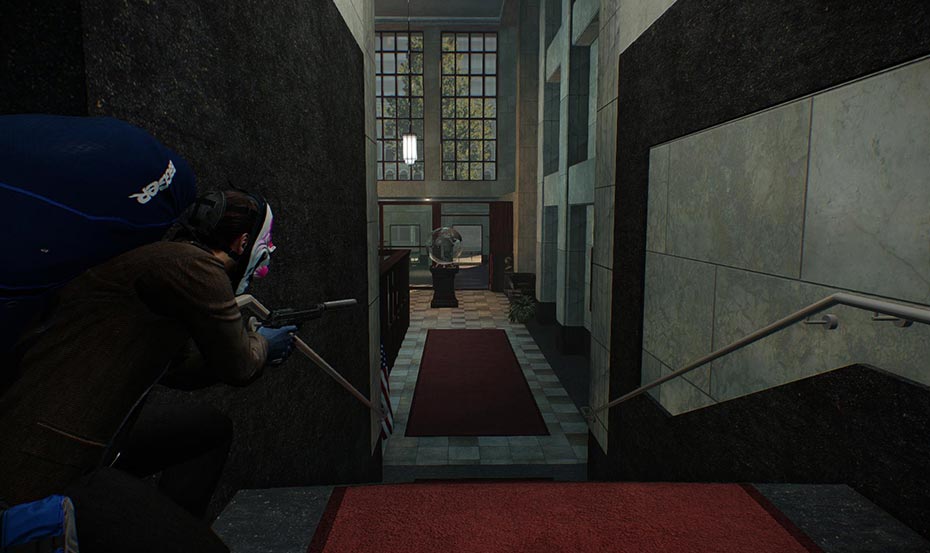 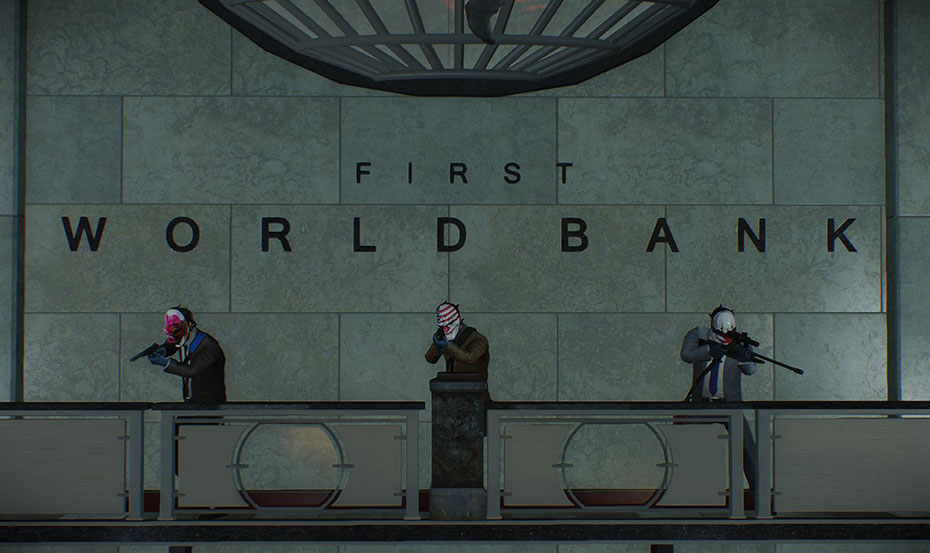 Finish the First World Bank job with 6 or more hostages alive behind the wall by the elevators in the main lobby.

Complete the First World Bank on the OVERKILL difficulty or above using the PAYDAY: The Heist crew, Reinfeld Shotguns and Bernetti 9 Pistols.

Complete the First World Bank job in stealth under 13 minutes and 37 seconds.

In the First World Bank job, solve the PAYDAY: THE HEIST SECRET on the Death Wish difficulty and enter the OVERVAULT. To complete this challenge, you have to have played the heist from start to end.

In the First World Bank job, find the Titan safe and collect the special item inside.