The town that never sleeps is about to meet the gang that never rests... Charon handles a delivery of a secret package for the Continental Hotel, but others will do anything to get their hands on its content… 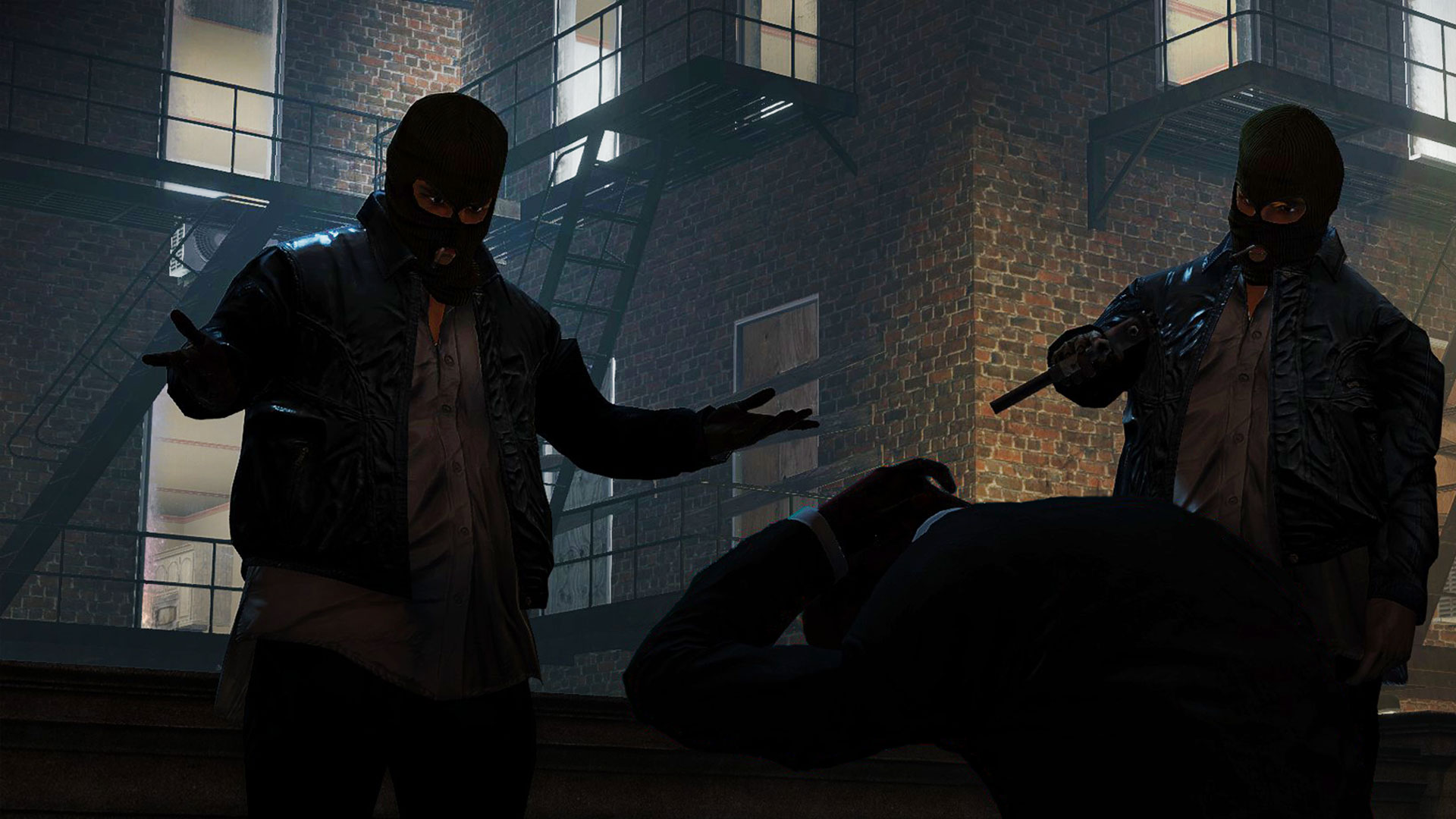 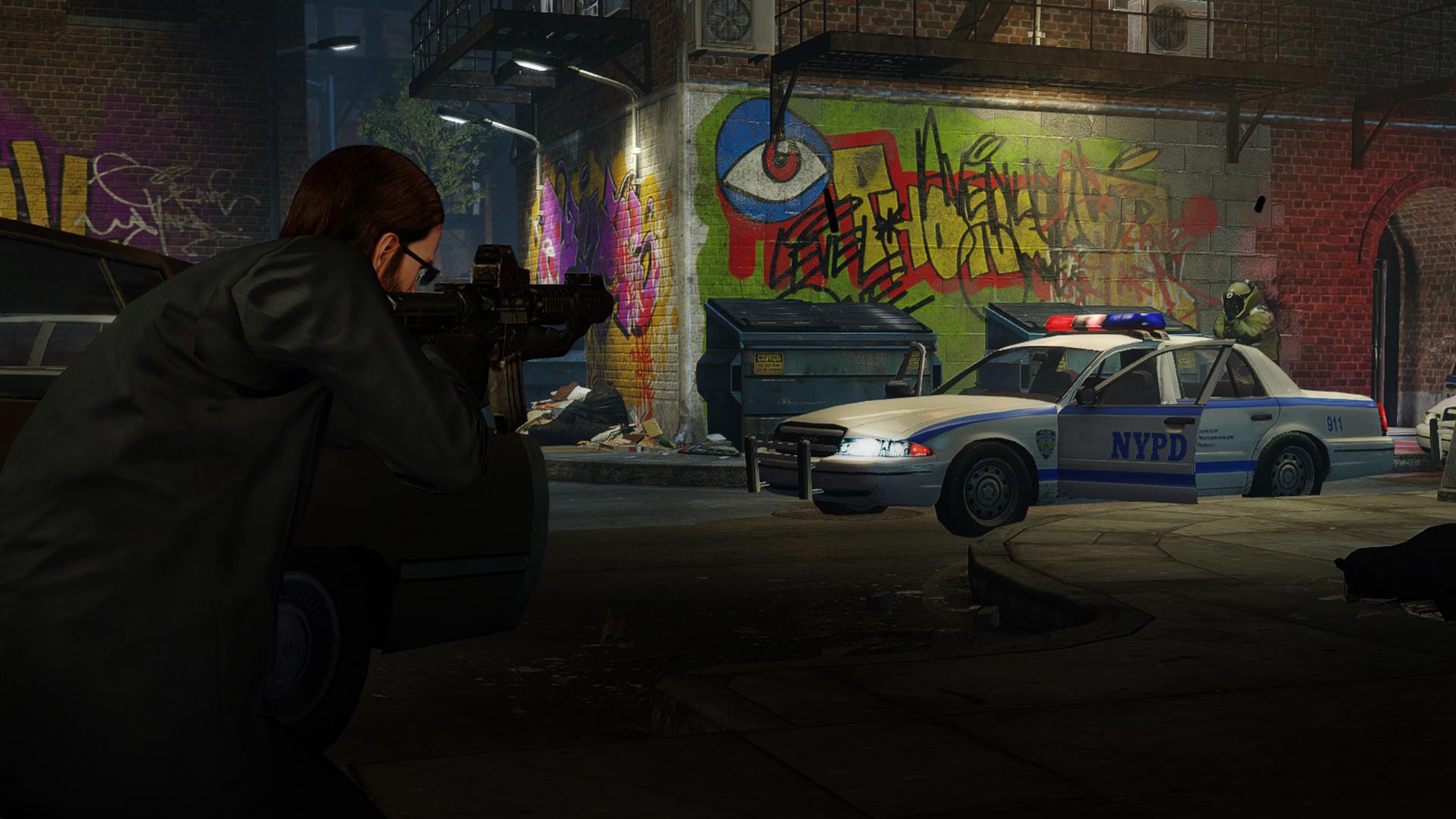 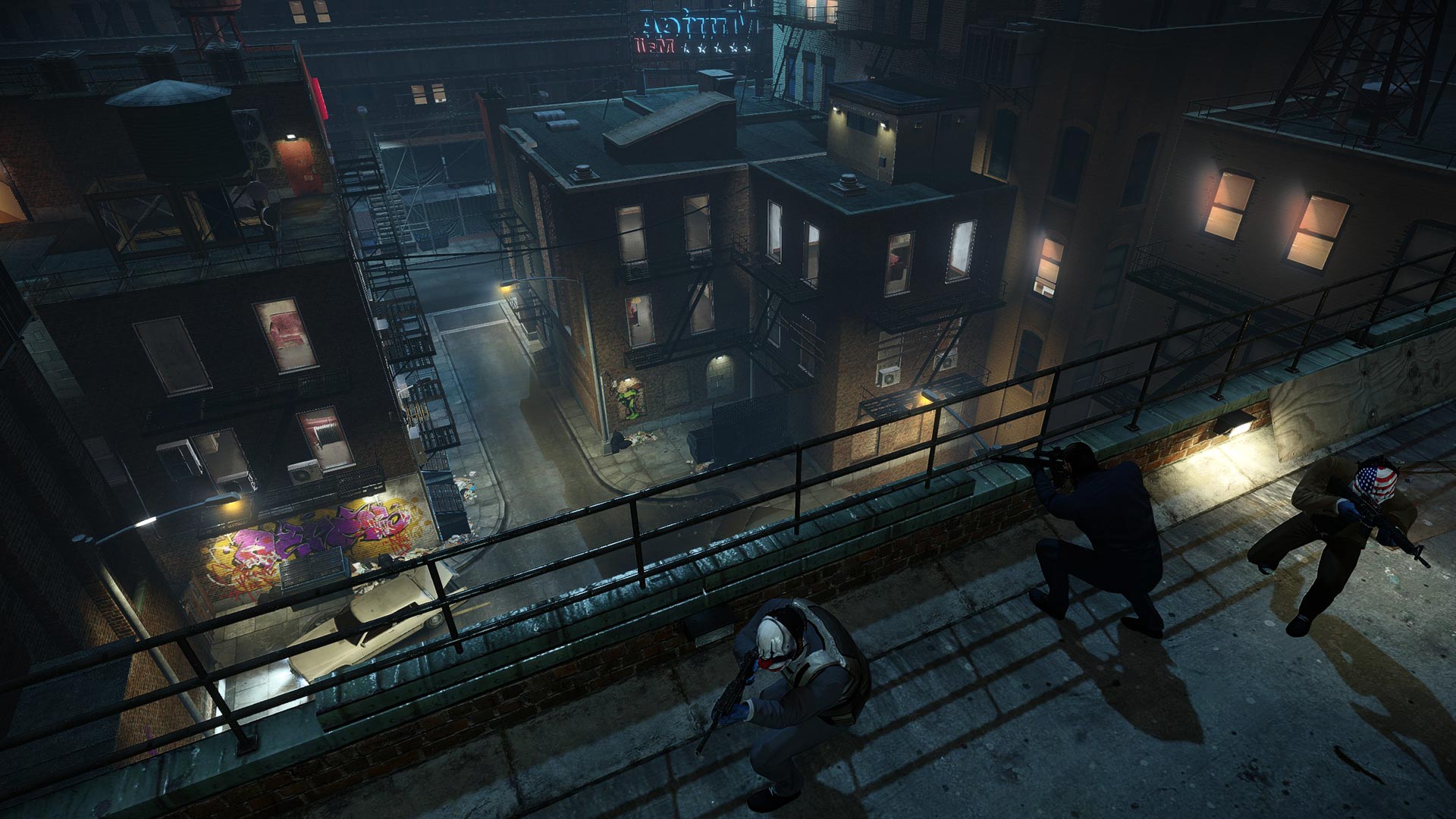 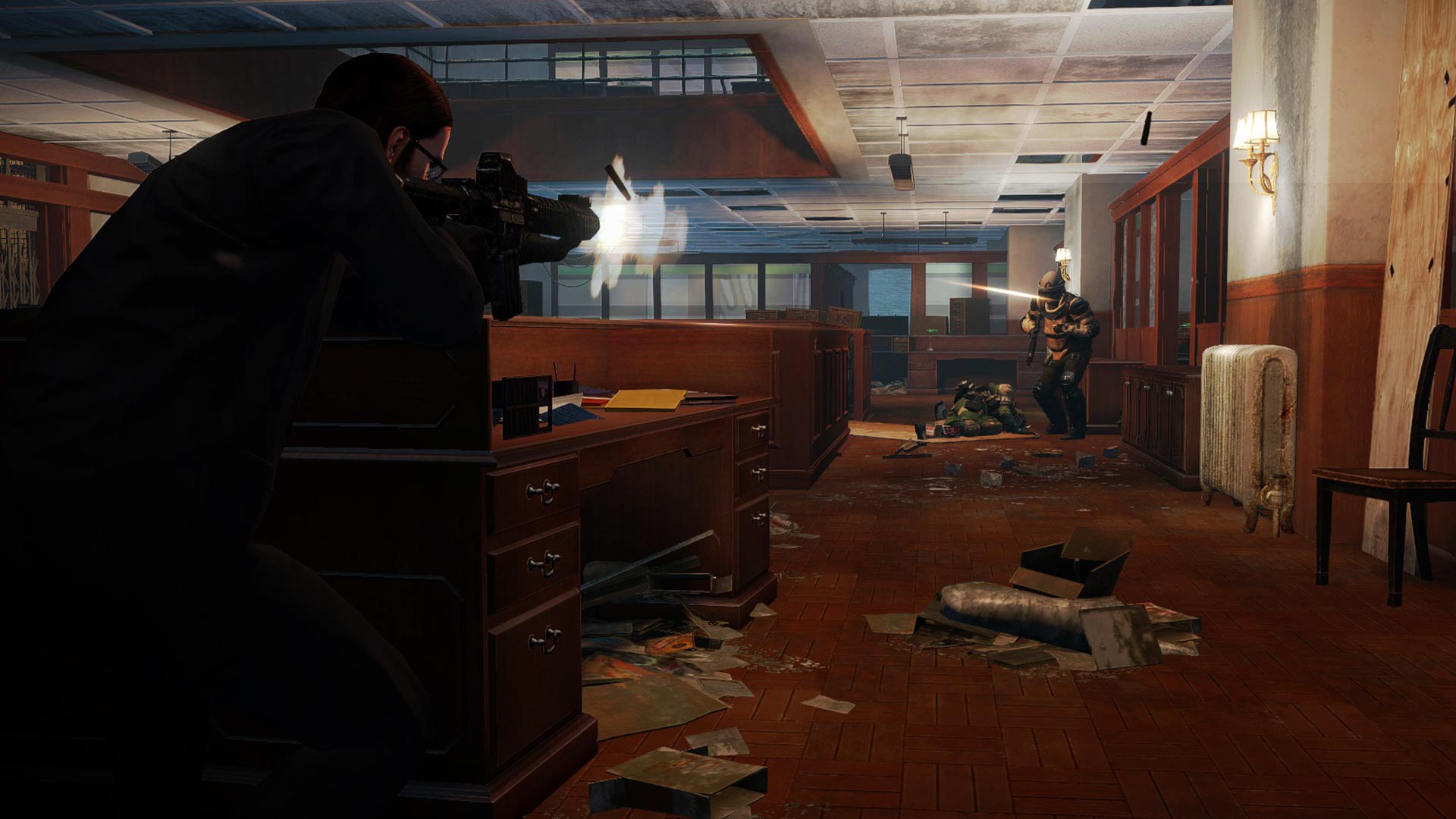 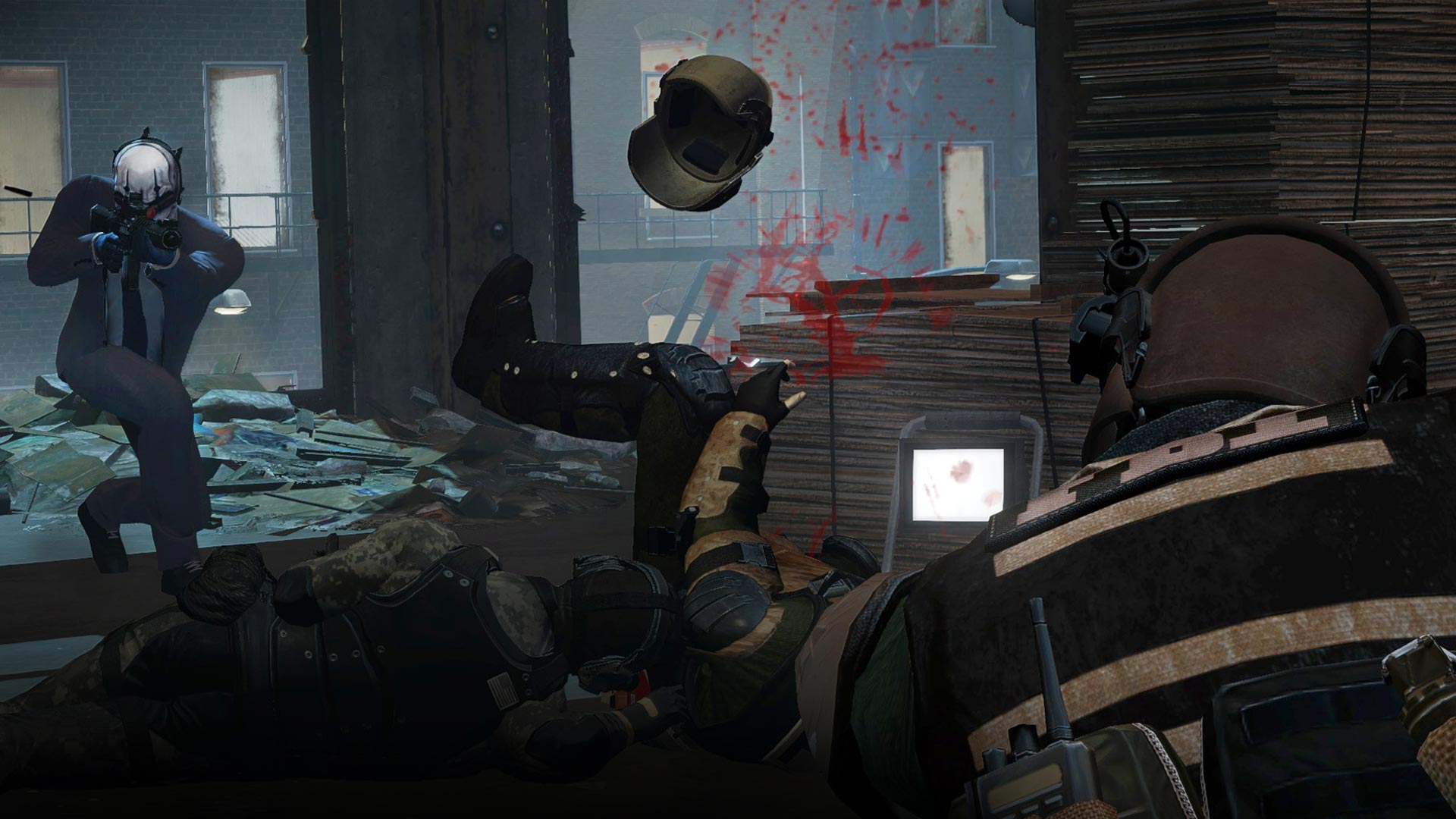 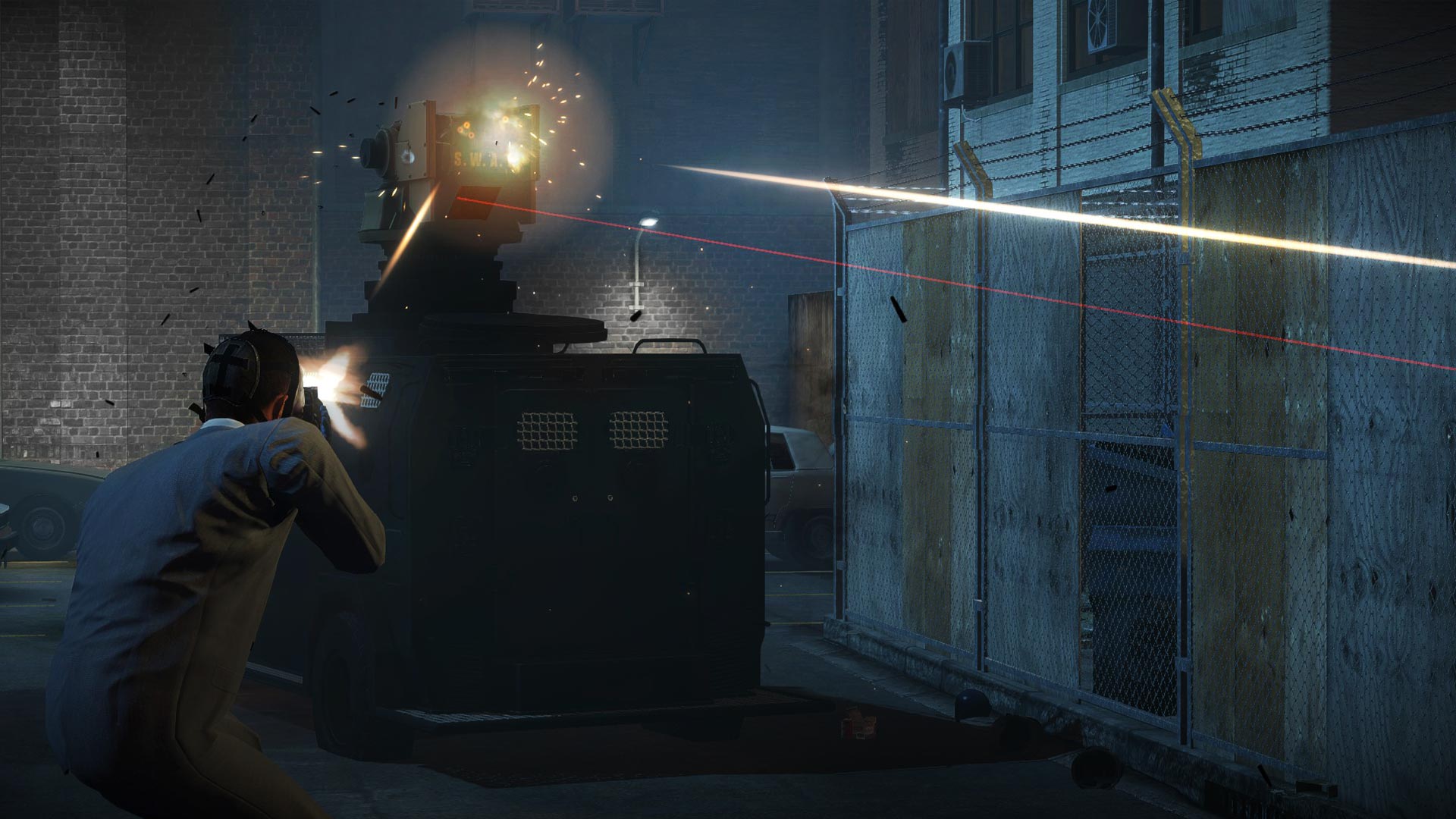 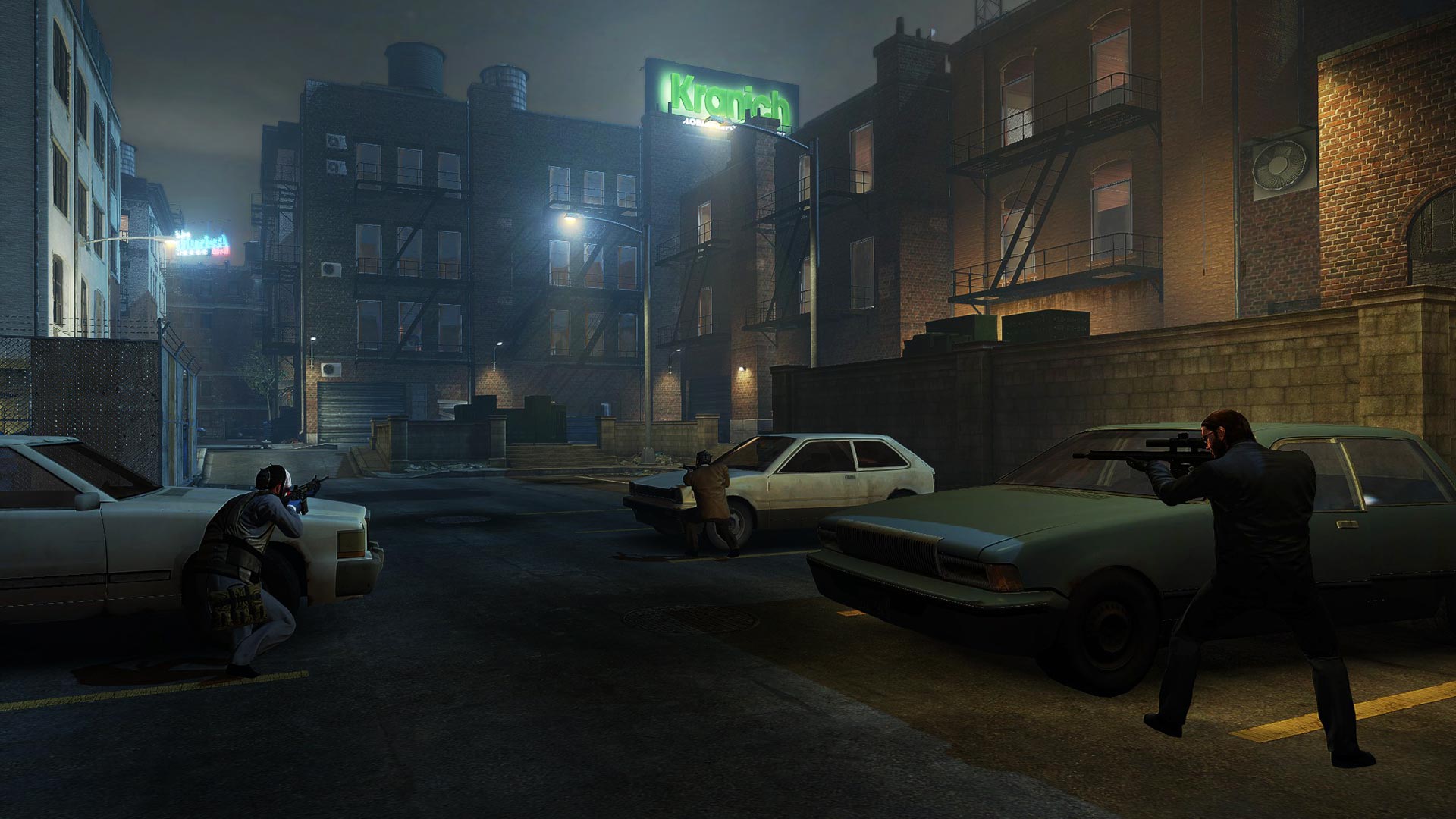 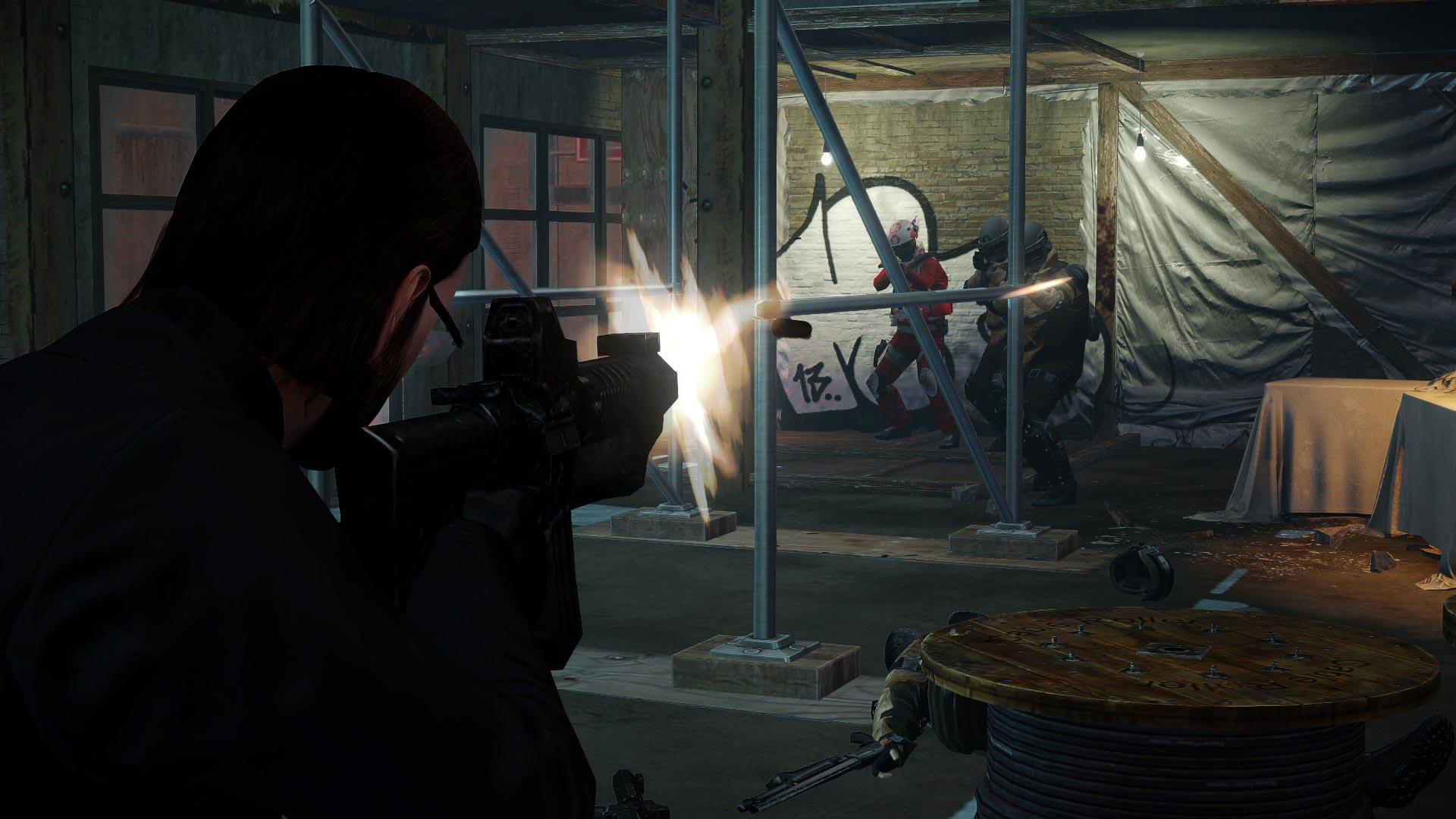 Charon has been Ambushed

Charon was ambushed during the delivery and the PAYDAY gang and legendary hitman John Wick need to free him and retrieve the package. You need to act fast in the heist, every second counts. Go straight into the heat of the battle and enter this sniper duel to the death. There will be bodies in brutal motion, bullets and bloodshed. Get ready.

I wanted to incorporate the synthier sounds of the JW-soundtrack into the guitar-driven Payday-sound. Something that makes you feel the danger and tension of the heist, but still confident you’re going to pull it off

Watch Me in Action ▸

Contractor .308 Sniper Rifle - A semi-automatic sniper w .308" caliber is a fast, fierce and furious firearm, the true choice of pros. With this one, keep your head up high, because everyone else that isn’t completely bonkers will stay low. Easy to handle in the heat of battle, fast reload and rapid gunfire. Assassinating targets in the blink of an eye. 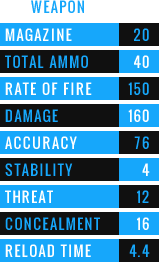 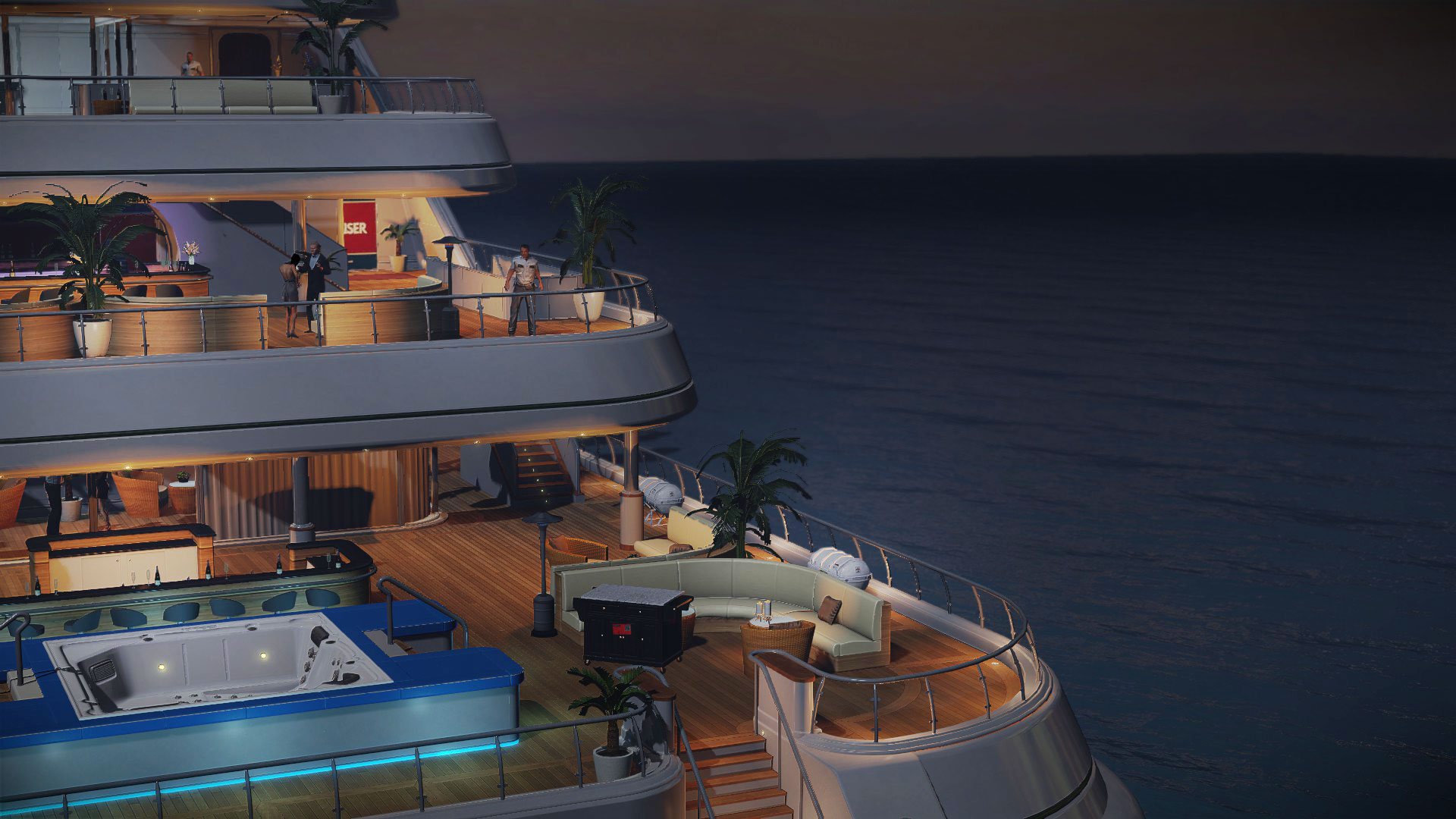 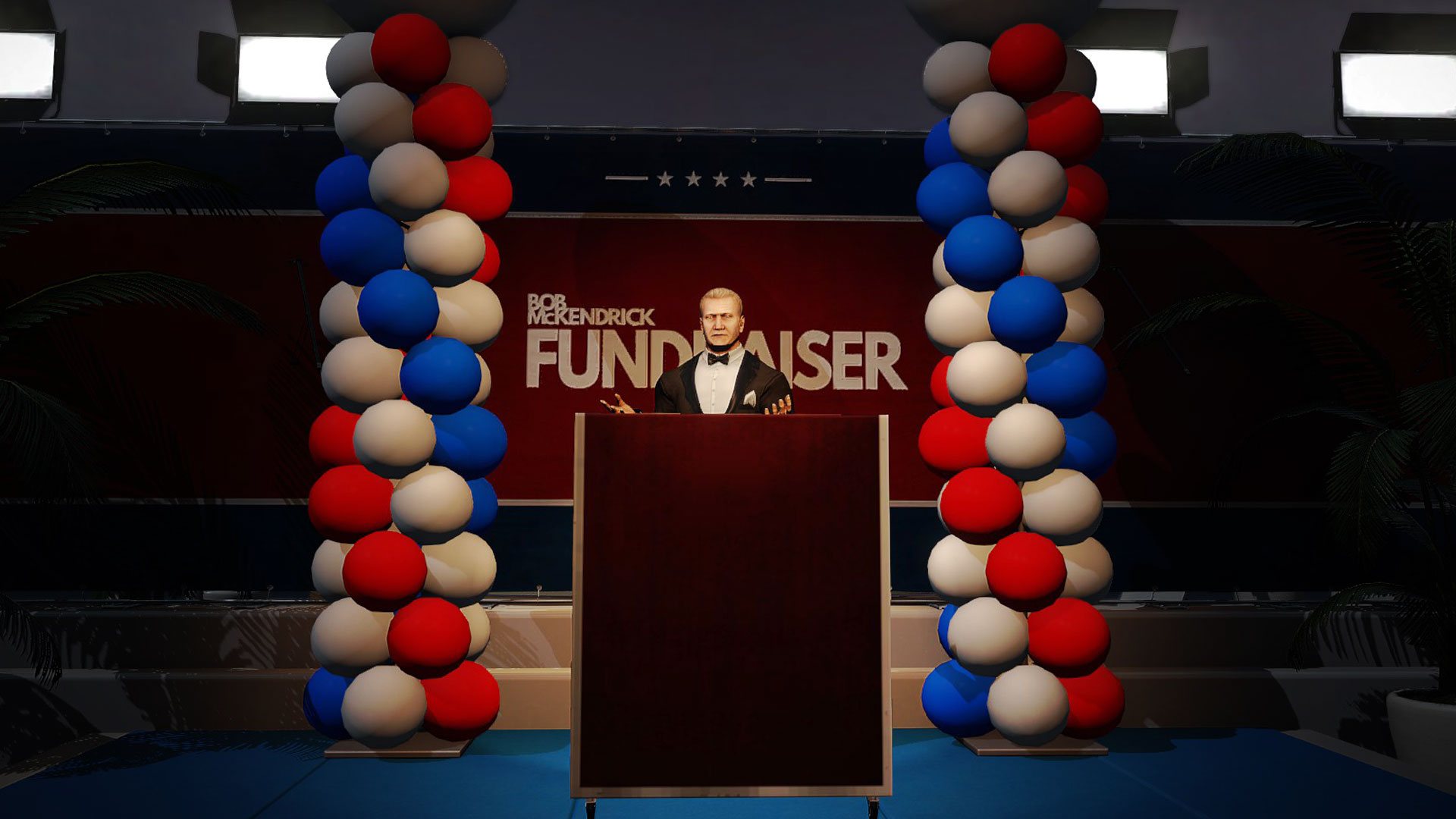 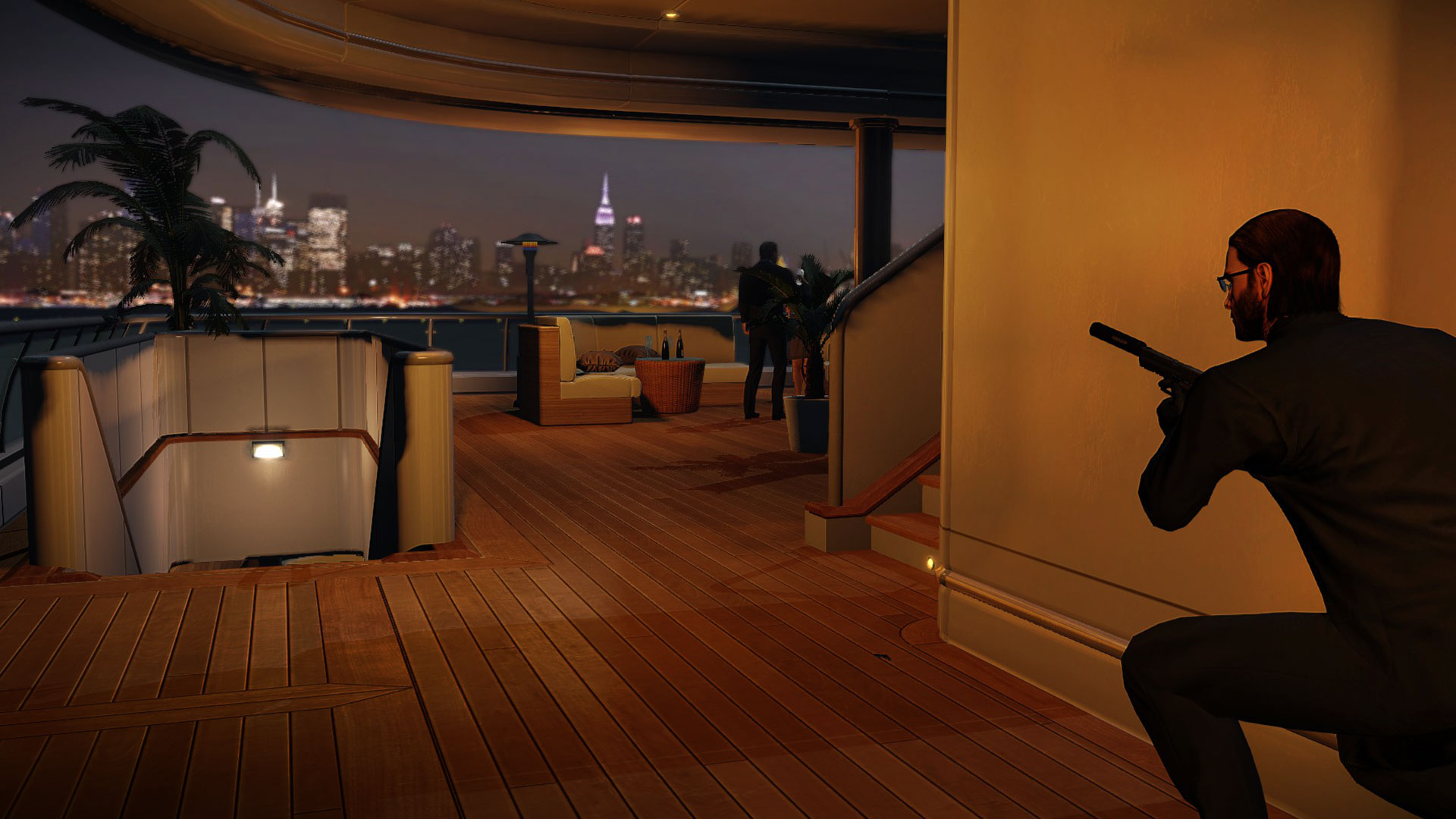 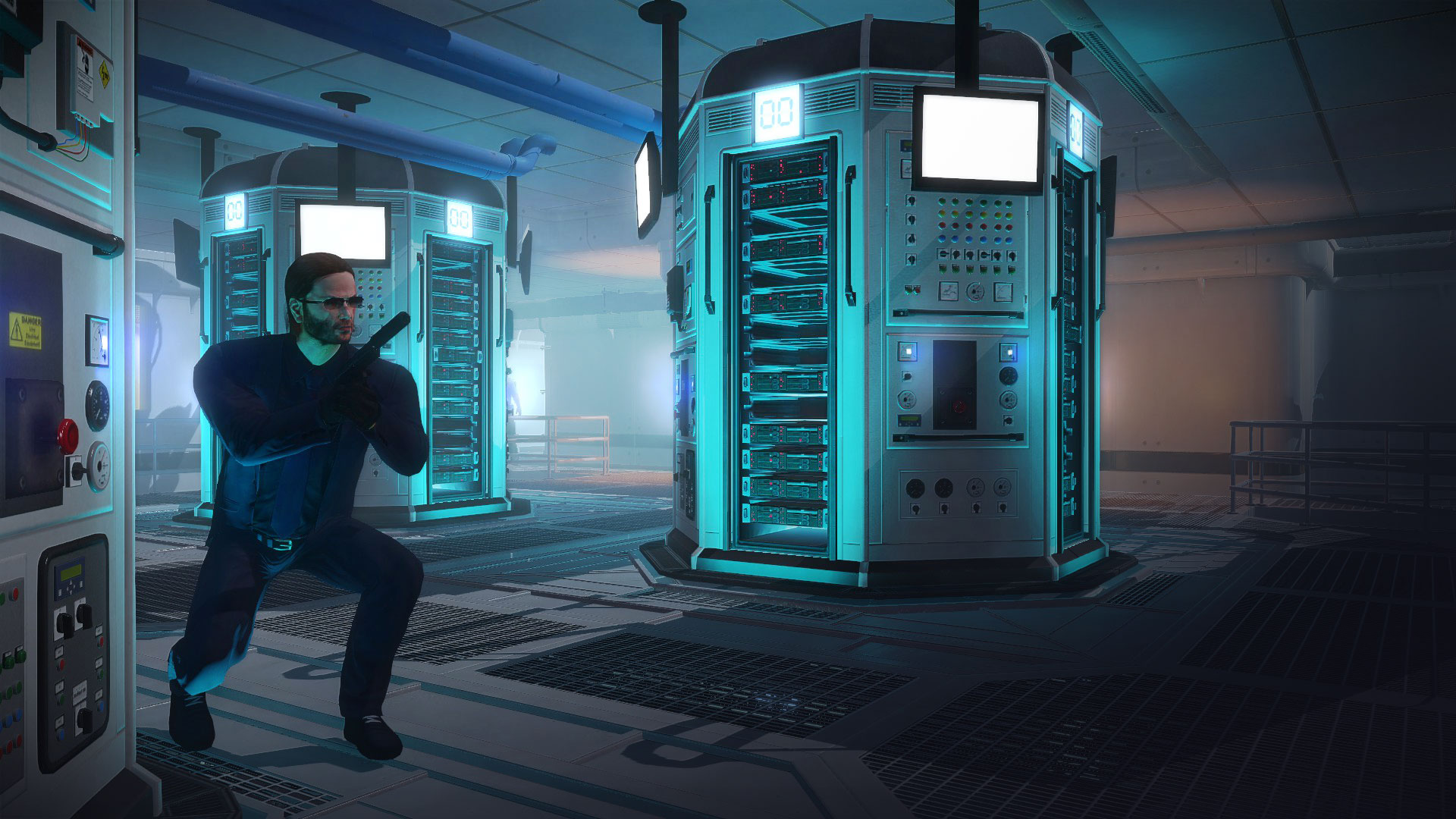 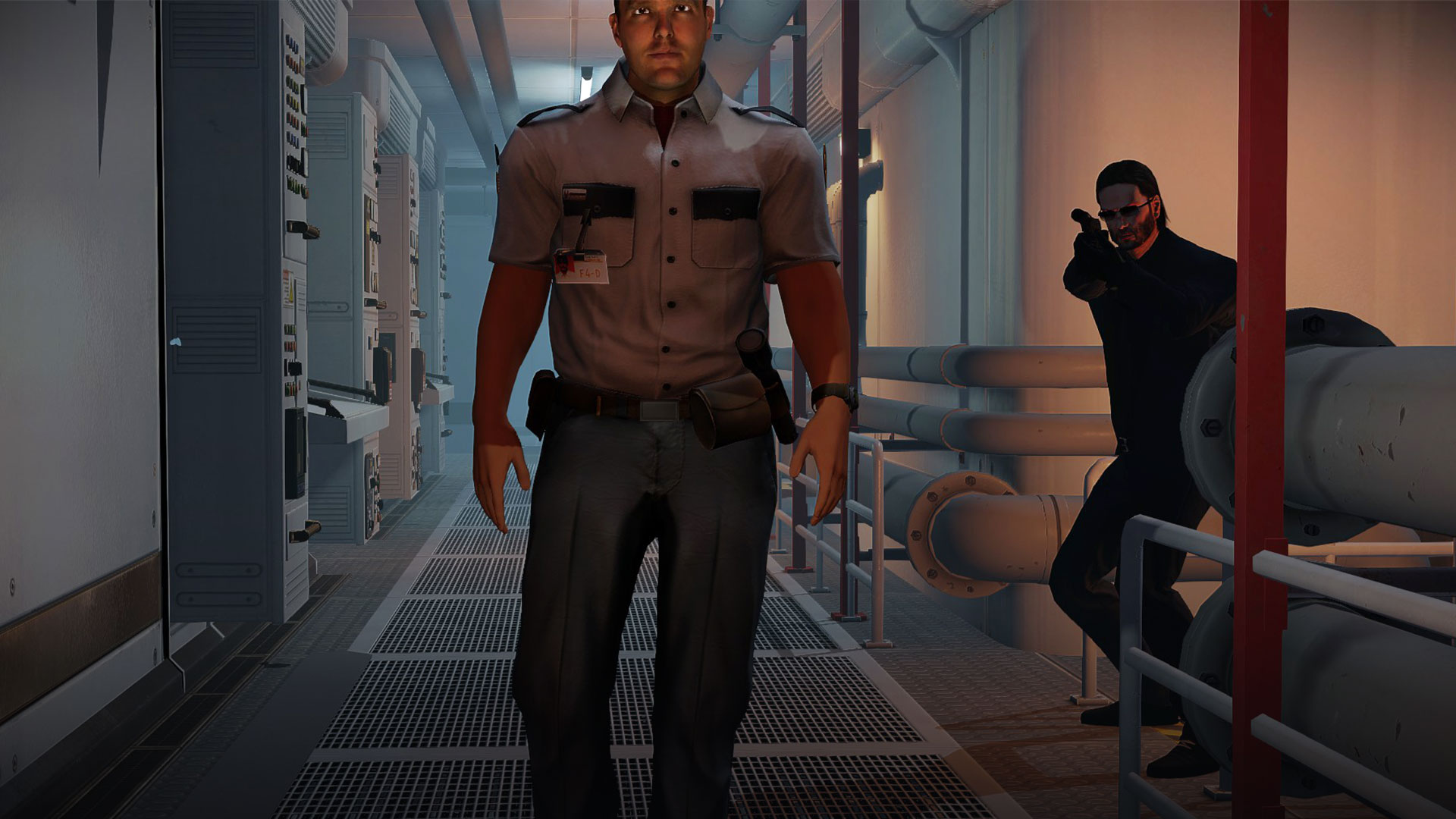 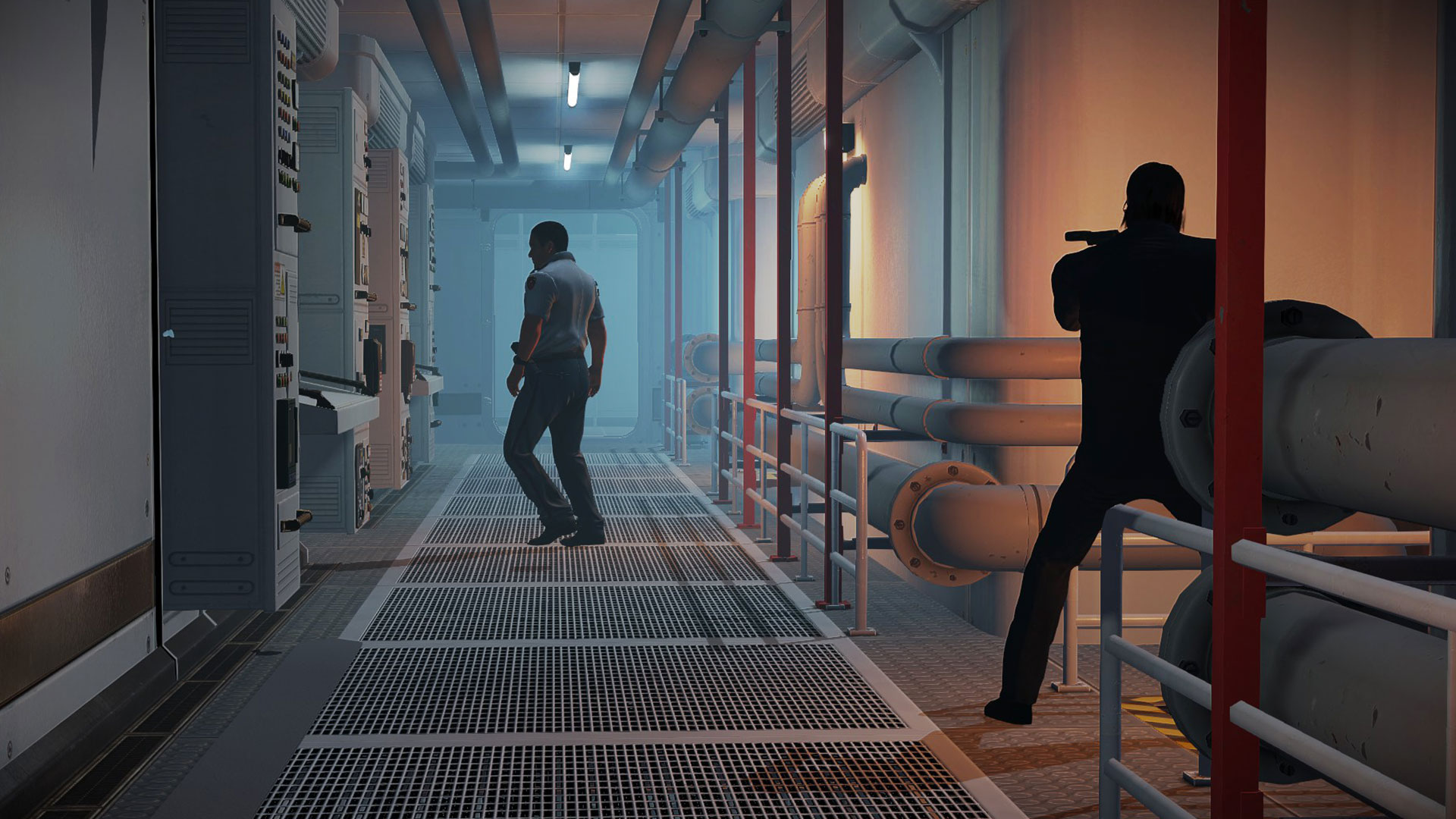 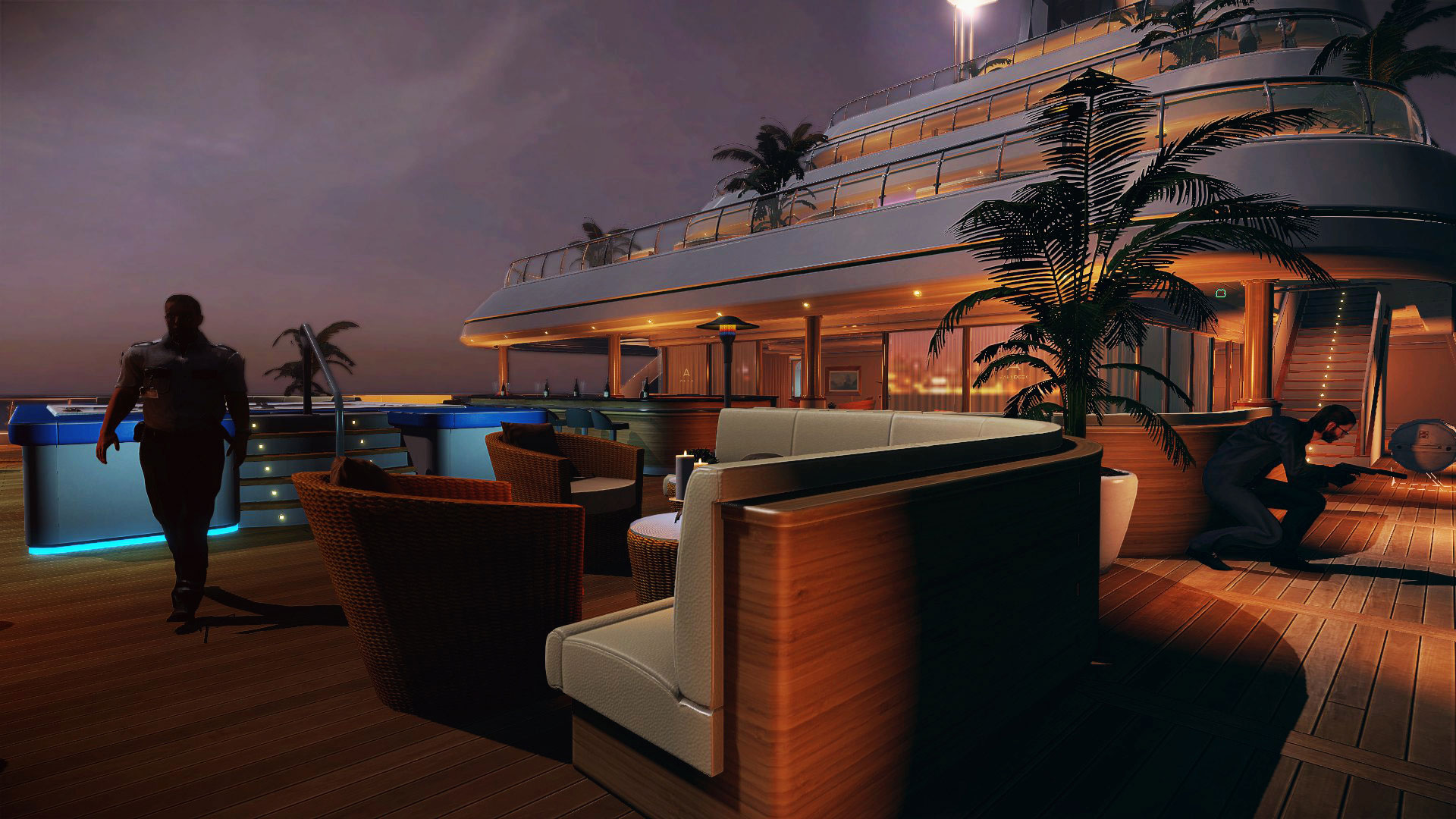 No solid ground beneath your feet

Charon owes John Wick and the PAYDAY gang his life - a debt that needs to be paid. He offers them intel on their old enemy McKendrick that will bring the rotten politician down. McKendrick is transporting illegal re-election funds ripe for the taking. The dirty money is stashed away all over Ethan Powell’s yacht, where a fundraiser party is being hosted. Seize this opportunity, because this cold hard cash may not be floating around for long.

Watch Me in Action ▸

That raw wooden handle with a strong metal hook seems plain and simple enough, right? The Hook will guarantee to cause much mess, but no fuss. Only limited by your own twisted imagination in how to get your enemies hooked. Impaling your opponents 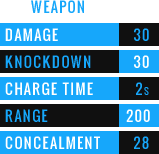 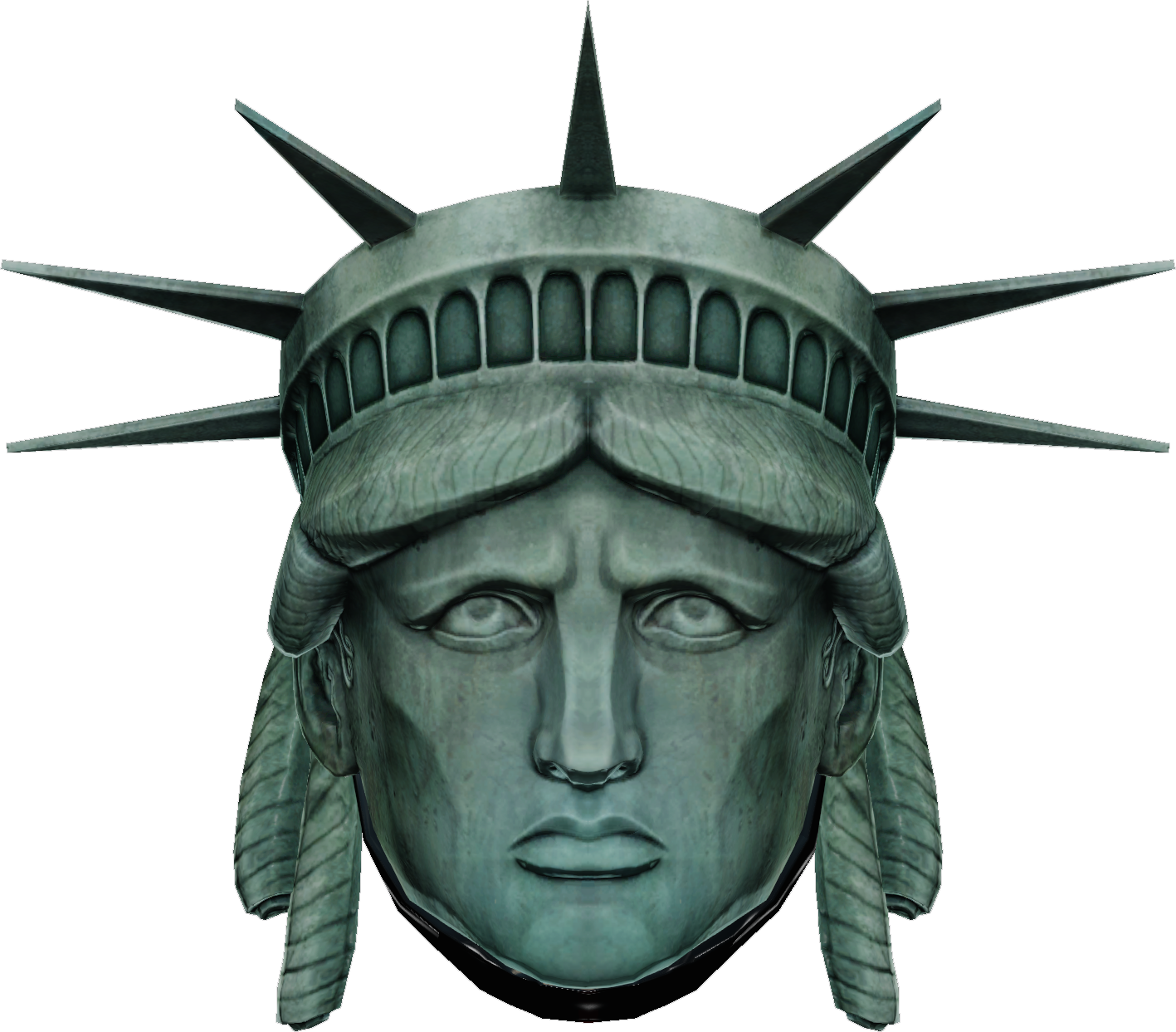 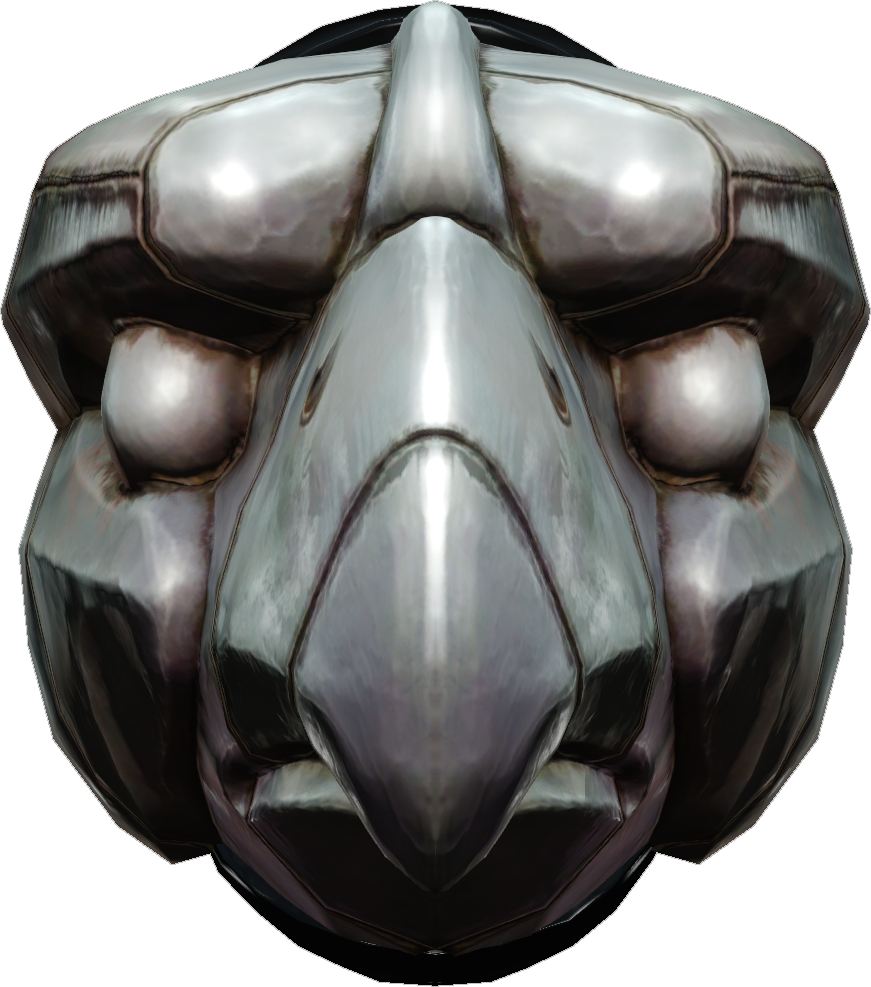 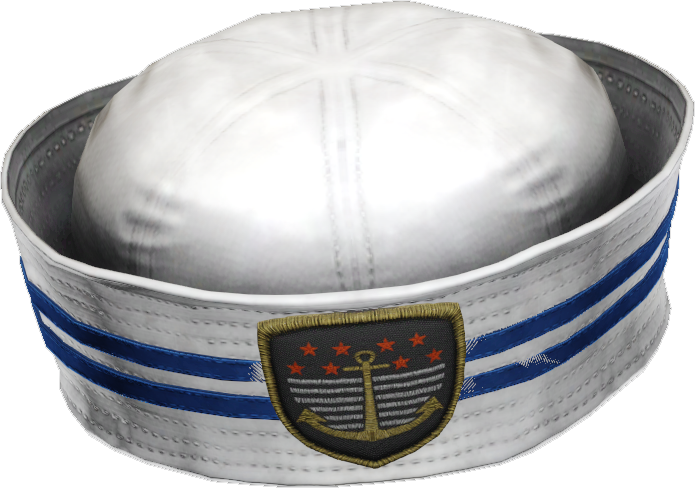 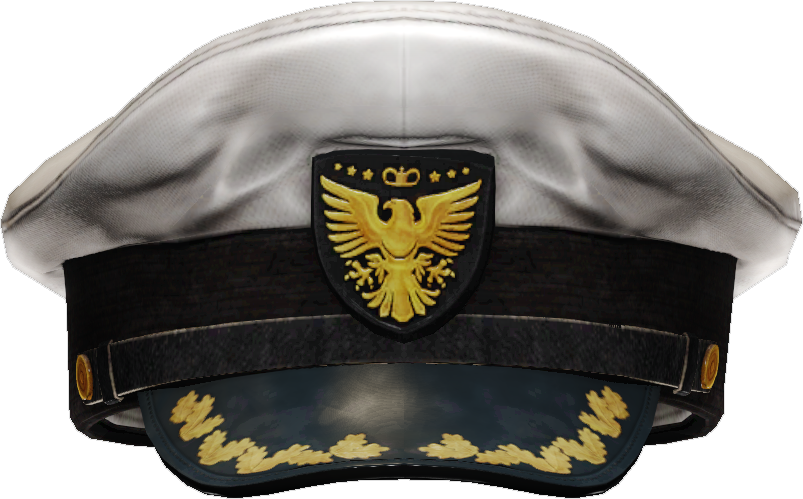 The scenario of this heist called for a soundtrack that's more... sophisticated, than the PAYDAY soundtrack usually can be accused of being. We needed something that struck a balance between the lounge music that would really be heard in a luxurious location like this, and the mental state of a thief who snuck in there. I was asked to produce the piece, and a quartet of incredibly talented musicians helped us record this massive, dynamic and twisted jazz composition tailored for this particular PAYDAY heist and it will melt your face!

Complete the Brooklyn 10-10 job on the Mayhem difficulty or above.
Valkyries

Complete the Brooklyn 10-10 job on the One Down difficulty.
A Rendezvous with Destiny

On the Brooklyn 10-10 job, reach Charon within 6 minutes on the OVERKILL difficulty or above. Unlocks the "Lady Liberty" mask, "Underground Neon" material and "Baba Yaga" pattern.
Apartment Sniper

Complete the Brooklyn 10-10 job from start, by having all team members using Sniper Rifles and the OVE9000 saws on the OVERKILL difficulty or above.
Pass the Ammo

Complete the Brooklyn 10-10 job from start, after deploying 8 ammo bags in the ammo cage on the OVERKILL difficulty or above. Unlocks the "Birds of Prey" mask, "Carbon Fiber Weave" material and "Hood Stripes" pattern.
Vengeful Rain

Complete the Brooklyn 10-10 job on the Death Wish difficulty or above.
Thalassophobia

Complete the Yacht Heist job within 6 minutes, on the OVERKILL difficulty or above.
Great White

Complete the Yacht Heist job on the Death Wish difficulty or above.
Hammerhead

Complete the Yacht Heist job on the Mayhem difficulty or above.
Megalodon

Complete the Yacht Heist job on the One Down difficulty.
Blood in the Water

Complete the Yacht Heist job after having killed every security guard on the boat. Unlocks the "Captain" mask, "Black Suede" material and "Continental" pattern.
Pacifish

Overkill: "PAYDAY 2®” and "OVERKILL A STARBREEZE STUDIOS®" are registered trademarks of STARBREEZE AB (Publ) and STARBREEZE PRODUCTION AB and/or its affiliated companies in the United States and other countries.

As John Wick returns to the Big Apple he got himself a “welcome home” present. A safe packed with deadly skins inspired by the great warriors throughout history.

Take it all and put its content to good use with your murderous moves and have a blast!

The Safe can be obtained in the Card Loot Drop. You can also purchase, sell and trade Safes on the Steam Marketplace. 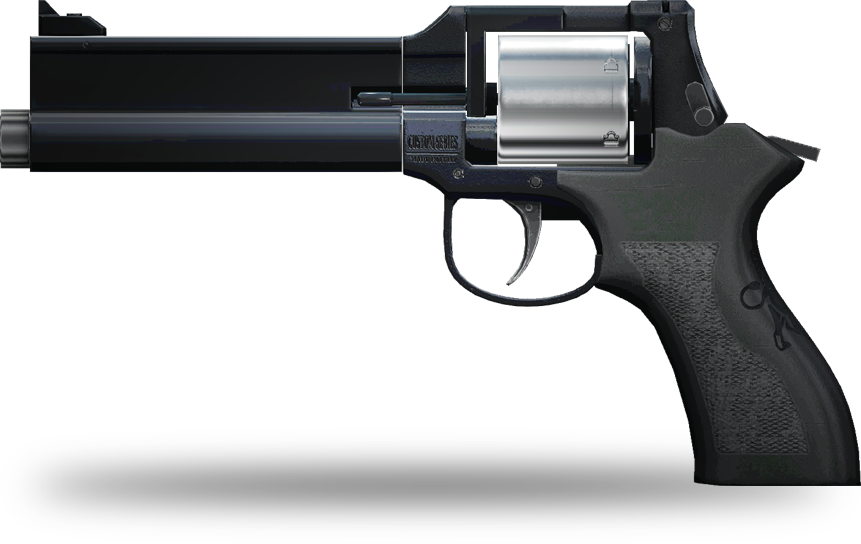 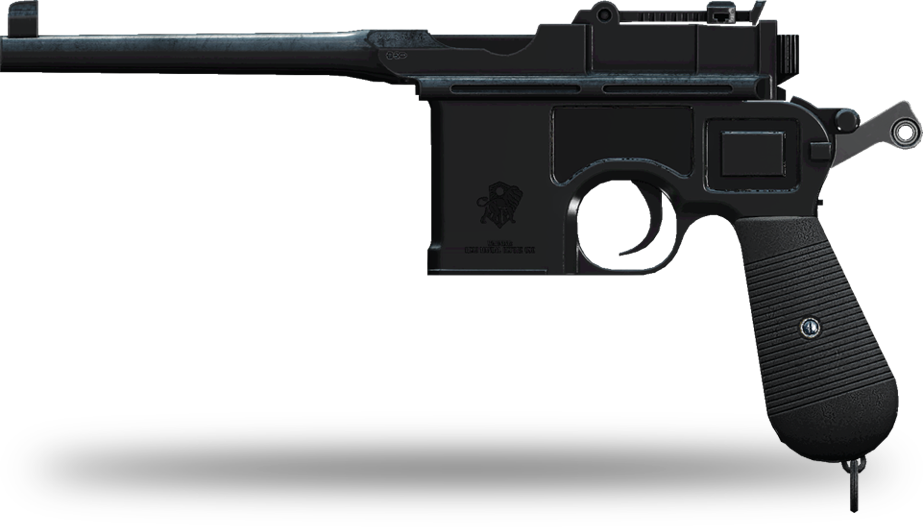 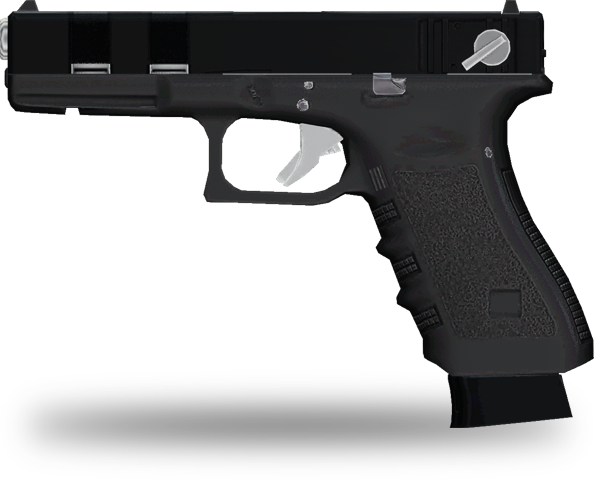 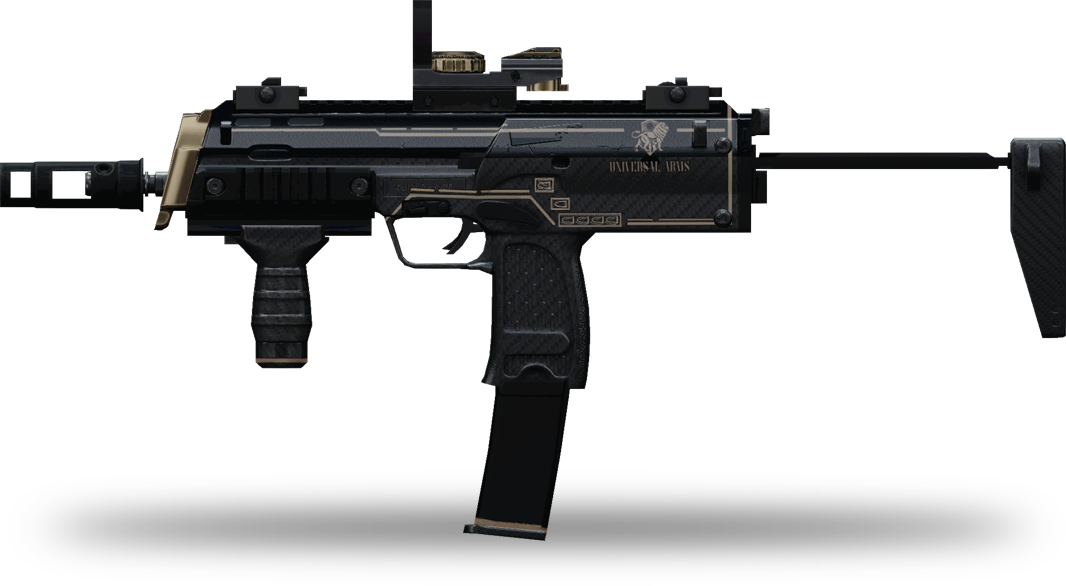 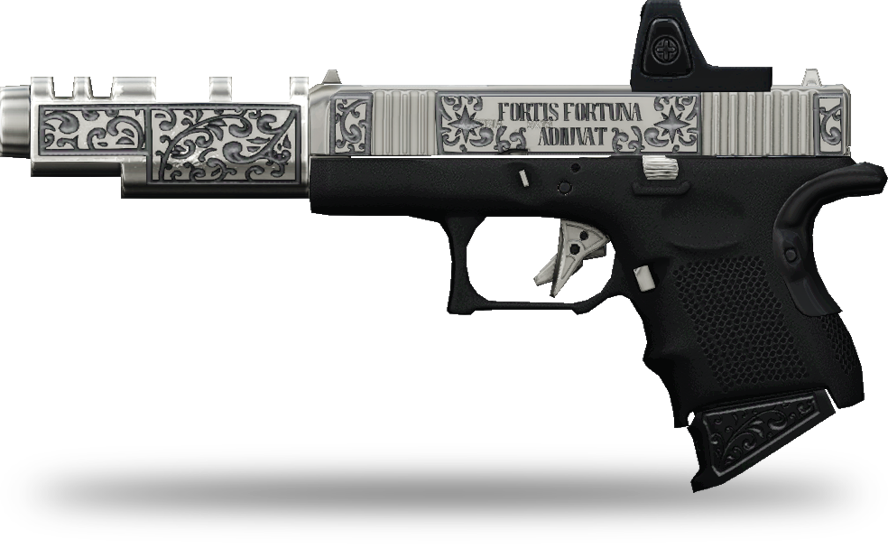 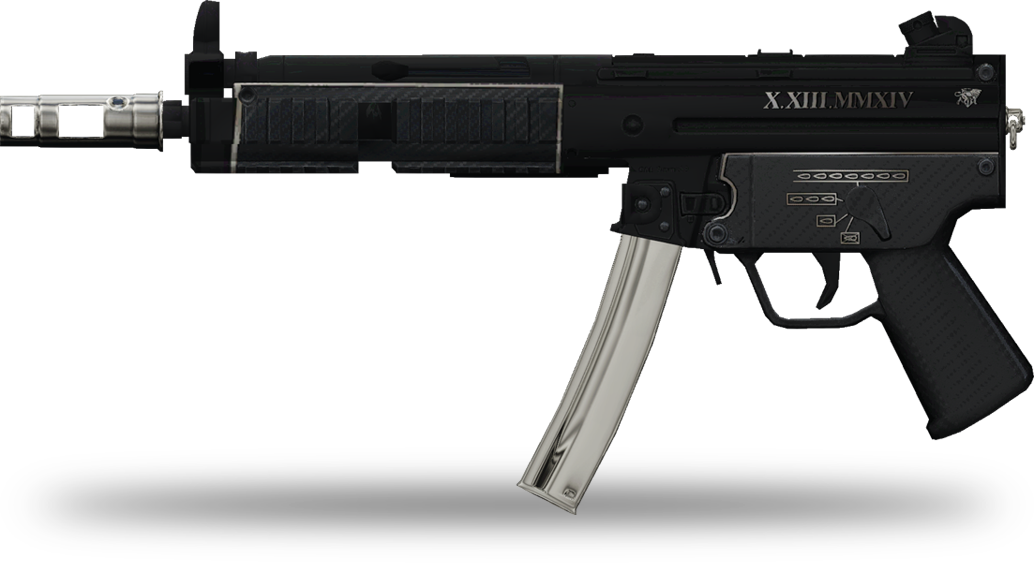 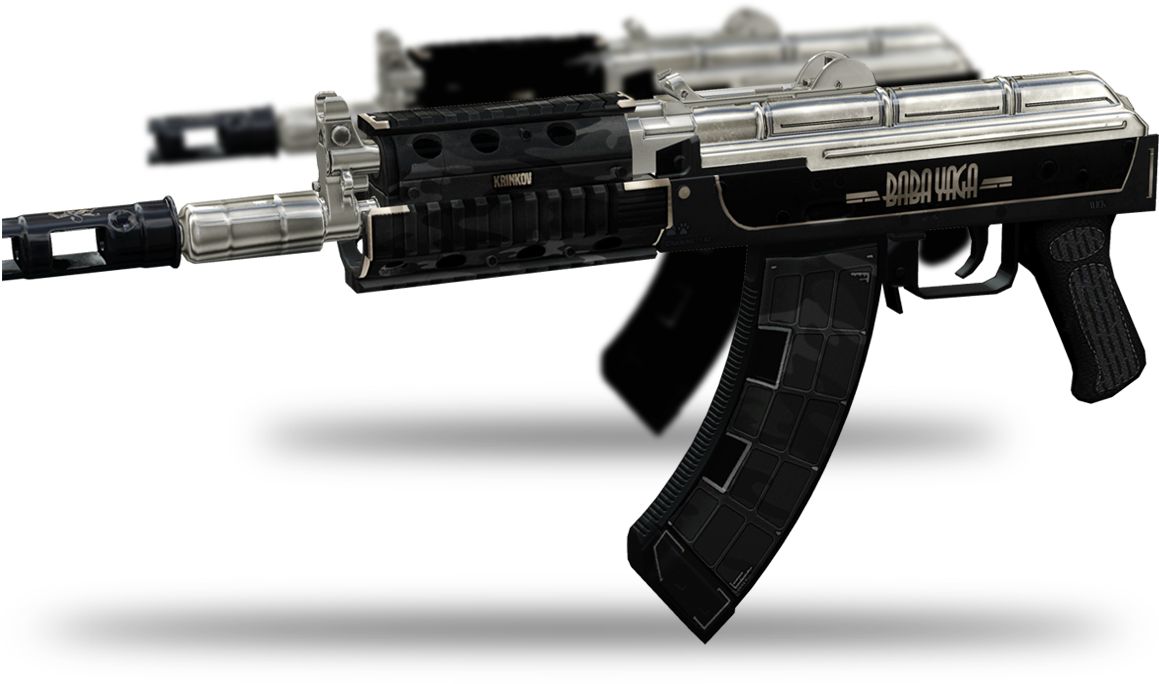 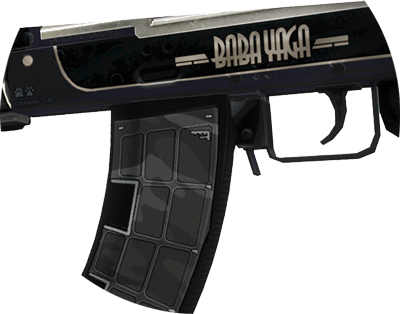 To strike from the Shadows, bringing swift and silent death, is the mission of the assassin. But sometimes, things go wrong and the shit inevitably hits the fan. That’s when the assassin must employ all his skills of slaughter and survival in order to survive and escape to strike again another day. But there is no escape without sufficient firepower. These guns have been proven to have such firepower, more than once.