The henchmen are dropping in, Are you ready? 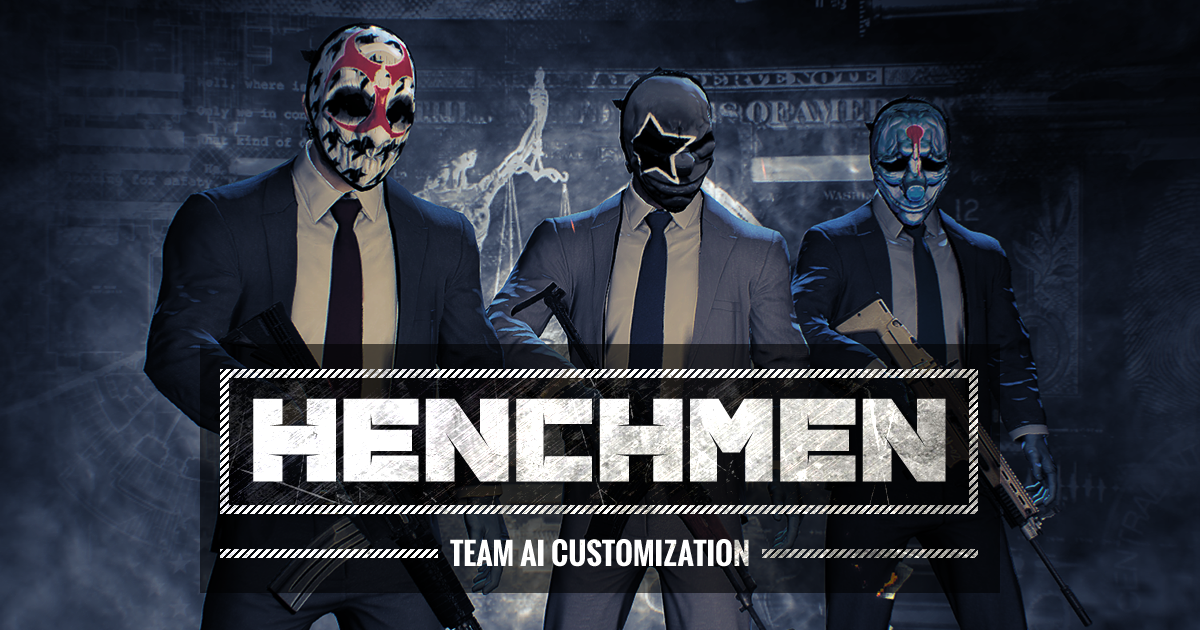 Today we are releasing a great new feature that allows the host to choose when the drop in client will be allowed to spawn. This feature will allow a drop-in client to discuss their loadout with the host, to better fit the team and the heist requirements. This allows the host help the client by spawning him somewhere safe and not in front of a camera or a big mean Bulldozer.

Time to deck out your AI friends and arm them to the teeth. The Henchmen Beta is now going live. You can now check out this awesome feature. It’s been in the beta to iron out a few bumps and issues and we now feel that we can put it in the main game. Everyone else that did not want to switch in and out of the beta branch will now be able to customize their team AI.

The feature also include the ability to play with three AI and you can assign abilities and boosts to them. You can now tailor your team to fit your playstyle and kick some SWAT ass.

In the patch today we have a fix for an issue that caused players to actually take more damage from damage reduction skills. What the change actually does is fixing the system called grace period. It’s a system of the game that blocks incoming damage of equal or lower amount for a short time after getting hit by a shot. The system will now correctly block the incoming damage, even when using damage reduction skills. This will also cause the dodge to not trigger on a shot that would have been blocked by the grace period.

Changing a system as essential to the game as the grace period will have a huge impact on the game balance and we have made several changes to perks and skills to keep the game difficulty and balance as close to the same state as before the change. This will be evaluated and tweaked further. We invite you all to a discussion about the change in the forums.

Below there’s a list of the changes we made with the old values in parentheses:

Rouge, Crook and Burglar
Subtle – You dodge chance is increased by 15% (increase from 10%).

Crew Chief
Marathon Man – In addition to the normal effect you also take 6% less damage from all enemies if you are within medium range of any enemy.
Hostage Situation – Each hostage you have will give you and your crew 6% max health (increased from 2%) and 12% stamina (increased from 4%) this can stack for 4 hostages (reduced from 10).

Infiltrator
Basic, Advanced and Expert Close Combat – You take 6% (reduced from 8%) less damage from all enemies if you are within medium range of any enemy.

Enforcer
Underdog – Aced – You take 10% (reduced from 15%) less damage from all enemies if you are within medium range of at least three enemies. The bonus lasts for 7 seconds.